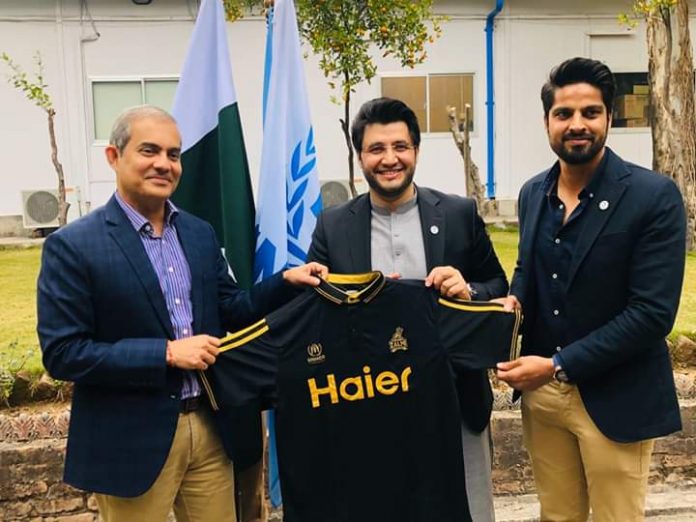 PESHAWAR: Ahead of the fifth edition of the Pakistan Super League (PSL-5), the UN Refugee Agency (UNHCR) has announced partnership with the famous franchise Peshawar Zalmi to work for the cause of refugees in Pakistan through cricket.

According to the agreement, the UNHCR and the PSL franchise will join hands to highlight refugee issues during the fifth edition of the mega event, which begins from February 20. The PSL-5 has drawn more attention of the fans world over, particularly in Pakistan, as all the matches of the mega event will be played in Pakistan and world renowned cricketers have already started arriving in Pakistan to participate in PSL-5. Endorsement of a cause by players of international repute and their great fan following in Pakistan and world over will make a huge difference.

Peshawar Zalmi Chairman Javed Afridi on the occasion of signing of the agreement in Islamabad presented the official team jersey to the UNHCR’s Director for Asia and the Pacific Indrika Ratwatte.

“War, conflict and persecution forces millions of people to become refugees worldwide,” said Javed Afridi. “We are happy that Peshawar Zalmi and UNHCR will jointly partner to run an awareness campaign during the Pakistan Super League,” he added.

Ratwatte appreciated Peshawar Zalmi’s commitment towards the cause of refugees in Pakistan. “Javed Afridi is already playing a major role as UNHCR Pakistan’s Refugee Youth Ambassador. By placing UNHCR’s logo on Peshawar Zalmi’s jersey, he has shown how determined he is to highlight and support the refugee cause,” he said.

The UNHCR Director said Pakistan has remained a generous host for refugees for more than four decades.

Peshawar Zalmi is one of the leading franchises of PSL that enjoys great fan following in the whole cricketing world, particularly in the areas where Pashtuns live. Signing of the agreement with UNHCR is also important keeping in view the fact that most of refugees in Pakistan are also living in areas inhabited by Pakhtuns. The love for the game of cricket among Pakhtuns will be a great factor in carrying the message of Peshawar Zalmi and UNHCR to people for promotion of cause of refugees.