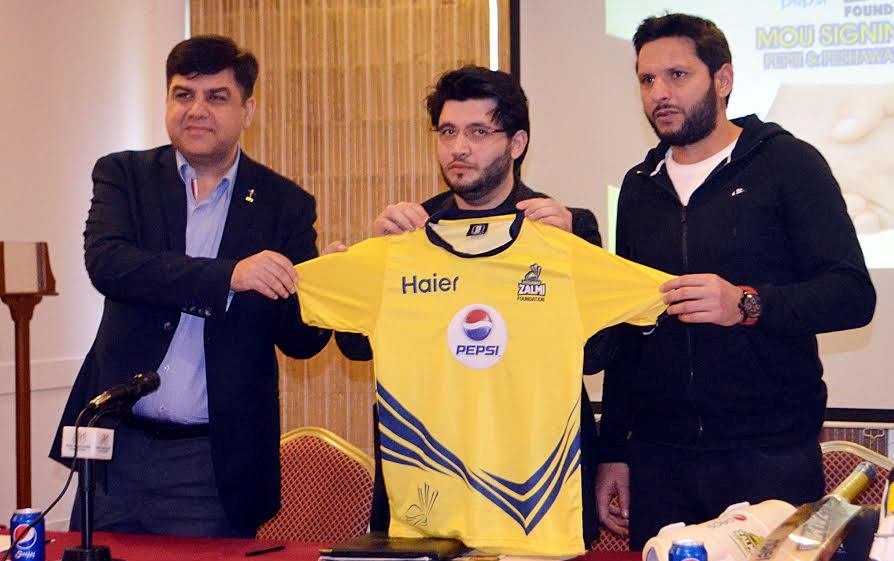 PESHAWAR: The Peshawar Zalmi, a  franchise of Pakistan Super League (PSL), on Saturday unveiled its new uniform for the second edition of the league which is scheduled to be started from February 7.

The uniform was unveiled during a ceremony at a local hotel in Peshawar which was attended among others by Zalmi owner Javed Afridi and President Shahid Afridi. The team uniform color is yellow like the previous one with slight changes in design.

Addressing on the occasion, Javed Afridi said that Peshawar Zalmi is not only a cricket team but also working like an academy for the promotion of cricket in the country.Javed Afridi told TNN that during 2016, Zalmi promoted 120 new talented cricket players from across Khyber Pakhtunkhwa and FATA. He added that during the current year, Zalmi with the support of a multi-national company is planning a talent hunt programe.

Shahid Afridi said that he joined the Zalmi franchise to promote cricket talent among Pashtuns.
In the first match of PSL Peshawar Zalmi will face Islamabad United on February 7.