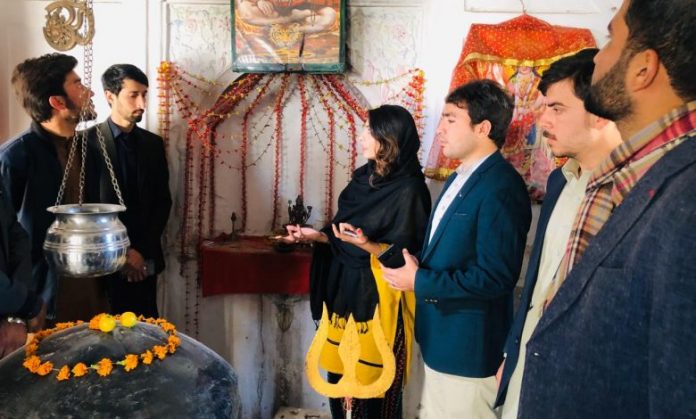 PESHAWAR: Peace Promoters Network is a group of over 200 volunteers from different religions in Peshawar which works for interfaith harmony. This network was initiated by two sisters Memona Akhtar and Maria Akhtar in 2018.

The basic aim of this network is to bring people from different religions at a platform where they could speak freely on their problems and remove misunderstandings relating to religious beliefs.

Maria, a journalist by profession and co-founder of Peace Promoters, says the network was formed to promote interfaith harmony. She believes that misunderstandings cause hatred which must be removed. Her network includes Muslims, Hindus, Sikhs and Christians.

Maria says her organisation talks about peace, love and humanity.

“We convey our message at mosques, temples, gurdwaras and churches. We look for common things and promote them,” she explained.

We pay from own pocket

Maria says the network during its meetings pays special attention to women’s role in promoting peace. She says it is a self-sustained network and they don’t get funding from anywhere. She explained that first the network activities were promoted through a WhatsApp group and now regular meetings are being held. 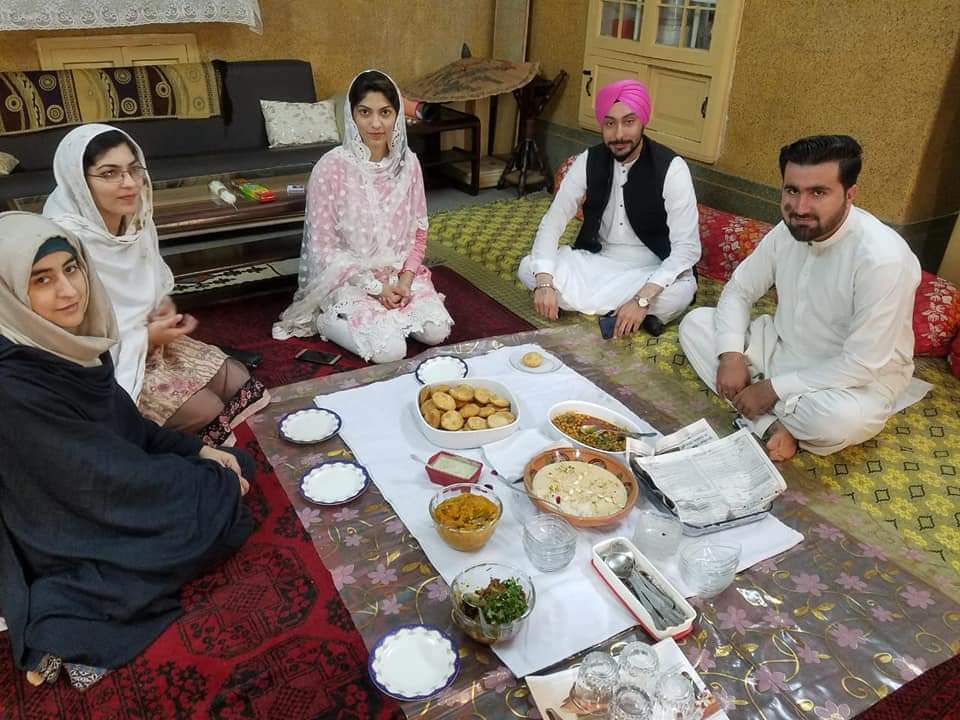 She says the network received a grant under Kamyab Jawan Program in 2019 under which it compiled views of experts from different religions and then published it.

Maria says the volunteers pay from own pocket for all activities. “All members bring food and we share food during lunch and dinner after activities. The aim is to convey a thought that there is no harm in sitting with people from other religions and have food,” she said.

Maria says like every other field of life, coronavirus pandemic has also affected activities of Peace Promoters. However, she says the network is quite intact and plans to launch more activities.

Sikh community leader Balbir Singh says Peace Promoters is a great example of interfaith harmony. He says the volunteers visited a gurdwara in Peshawar before coronavirus restrictions where he removed many misconceptions about his religion, and all the visitors greatly enjoyed the visit.

Rohan Sarbadyal, who is a member of Peace Promoters, and also minorities minister in KP Youth Assembly, says the network is achieving its goals. He says he has heard a Hindu saying that he is an Aashiq-e-Rasool (Peace Be Upon Him) with the efforts of Peace Promoters. He says he accepts all religions, but still he prefers not to change his religion.

Rohan Sarbadyal says when he spent time with members from Shia sect, he came to know that many things said about them don’t exist at all. They are very down to earth, lovable and honest. He says those elements spread hatred who have bad intentions.

“We celebrated Eid and Christmas together and shared each other’s happiness,” he said, adding that he was a Hindu, but he accepts all religions because he believes in humanity.

“If someone has hatred about culture and religion of others then there would be no peace. It is only possible through greater understanding and respect for others,” he said.

Muhammad Fahim, a journalist who does reporting on minorities, says Peace Promoters are doing a commendable job to remove misunderstandings and promoting peace and love.

Peace Promoters Chairman Riaz Ghafoor says the network has worked a lot on removing misunderstandings particularly among youth. He said the volunteers visited Imambargahs, churches and gurdwaras and asked straight questions from scholars there to remove misconceptions and confusions. He said the network is working to convince everyone to give peace a chance. He says the network is currently holding all activities online due to corona restrictions. However, he said, full-scale activities will be resumed after improvement in situation.