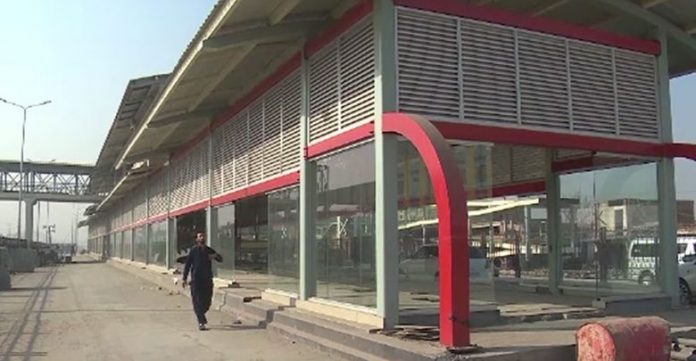 According to the detailed verdict, the Federal Investigation Agency (FIA) has been asked to conduct an inquiry into the issue within 45 days and submit report. The court said the Khyber Pakhtunkhwa government initiated the BRT project without any vision or proper planning.

The court in the detailed ruling observed that initially a deadline of six months was given for completion of the project. It said the project suffered a lot in shape of cost escalation and delays due to government announcements based on politics. It said the even attractive packages were proposed for such staff of BRT in the PC-1 which was not too relevant to the project.

The verdict said the per-kilometer expenditure of the BRT project is Rs2.427 billion, which is too high for a weak economy like Khyber Pakhtunkhwa. It said consultants were hired for the project on hefty salaries, which was a waste of money. The ruling further said the consultant estimated expenditure of passengers in the busses at Rs340,000, which is higher than the similar project in Lahore. In Punjab, 65 busses are used in the Metro Bus Project, while in Peshawar, 219 busses will be used. As many as 155 busses will ply feeder routes which will be driven by private drivers. The verdict asked why the busses run through the public money are being given to private transporters.

The court said the ITS installation contract was given to a favorite person of the government. It asked what was the need for taking a huge loan for this project? The court said the amount taken as loan could have been used on other public welfare schemes. It said the Pakistan Tehreek-e-Insaf (PTI) government initiated this project for face-saving.

The court said the BRT Cell was set up in Transport Department, but the project was given to Peshawar Development Authority (PDA).

“What was the relation between former CM Pervaiz Khattak, former transport minister, two former DGs of PDA and commissioner Peshawar,” the court asked. It further asked why a blacklisted company in Punjab was given BRT contract?