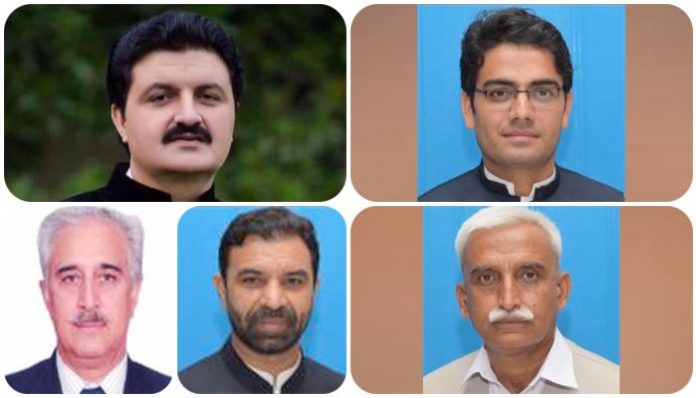 PESHAWAR: Peshawar High Court (PHC) on Wednesday restored all the five advisers and special assistants to the chief minister of Khyber Pakhtunkhwa, who was suspended by the same court.

On June 13, the PHC has suspended the order of Provincial government regarding appointment of three advisors and two special assistants to Chief Minister. After the new order of the court, Ajmal Wazir, Ziaullah Bagash, Abdul Kareem, Hayatullah and Kamran Bangash will start their official duties.

The petitioner Khushdil Khan has argued in the court that all the advisers and special assistants were appointed by the governor. He added as per the law, the government is not entitled to appoint a special assistant to Chief Minister. He has further argued that non-elected members were appointed which is injustice with elected members of the assembly.

Khushdil was of the view that the purpose of appointing an adviser is to just give advice to the Chief Minister when he is facing any difficult situation, but here, they have got the status of full ministers which, he believes, is against the constitution.

However, Abdul Latif Yousafzai, Advocate general told the court that it is not written in rules that only the elected members of parliament can be appointed as an adviser or special assistant. He added that Governor has signed approval after the recommendation of names by the Chief Minister. Yousafzai further argued, the constitution of Pakistan, allow the chief minister to appoint five special assistants or advisers to help the CM in running the government affairs.

After hearing arguments of both the parties, a two-judge bench headed by justice Ikram Ullah Khan set aside the petition of advocates Khushdil Khan and restored all the five advisers and special assistants to Chief of Khyber Pakhtunkhwa.

The Peshawar High Court on June 13  had suspended the appointment notification of three advisers and two special assistants to the chief minister of the province.