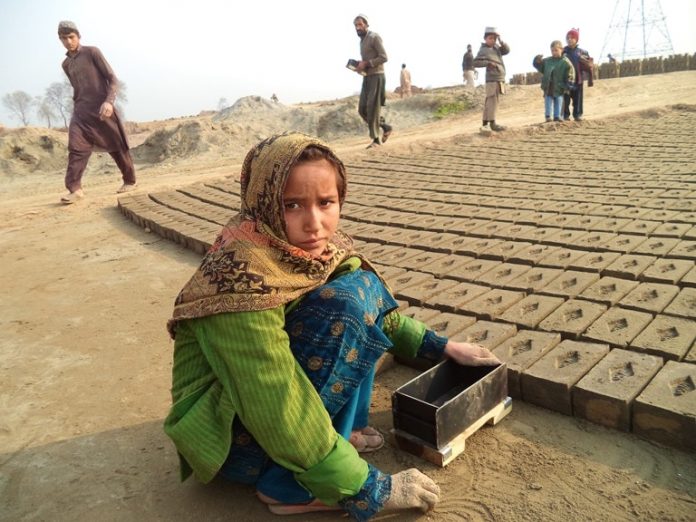 PESHAWAR: The Peshawar High Court (PHC) has issued notice to the federal government in which it has been asked why the brick kiln owners have been asked to load 4,000 bricks in trollies instead of the previous limit of 10,000 bricks.

A two-member bench of the PHC comprising Justice Ishtiaq Ibrahim and Justice Musarrat Hilali on Saturday heard petition filed by Bhatta Khasht Association of brick kiln owners from Cherat, Azakhel and other parts of Khyber Pakhtunkhwa. In the petition, the petitioners said Federal Minister for Communications Murad Saeed has put a bar on brick kiln owners not to load more than 40,000 bricks in trucks. They said the previous limit was 10,000 bricks.

The court has issued notice to the federal minister and asked him to reply on what basis the brick kiln owners are been teased. The notice said it seems the government is subjecting the working class to highhandedness.

The petitioners’ lawyer requested the court to maintain the previous loading rules for brick kiln businessmen. He argued that the order of the federal minister will badly impact the brick kiln business. He said the highway police was harassing the brick kiln carrying trucks after issuance of the orders which has created an uneasy situation. He appealed to the court to declare the order of the Communications Ministry null and void. He said the ministry’s order did not mention any law under which the restrictions have been put in place or the force which will implement the orders. The petition said the government order was ambiguous and self-contradictory which has created confusion among the brick kiln businessmen.

The petition of brick kiln owners mentioned that there is a proper system of load checking on highways and a separate check post is also established for the purpose. The petitioners said they are suffering huge losses due to increasing costs of transportation and government restrictions. They said the cost of bricks will double if the government’s new restrictions were implemented which will ultimately affect the common man.

The court after initial hearing sought replies from the Ministry of Communications and National Highway Authority (NHA).