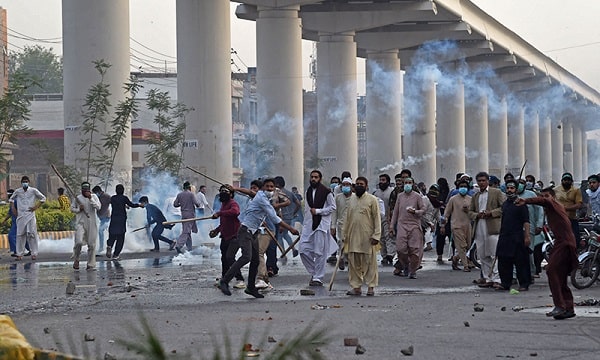 PESHAWAR: Article 15 of the Constitution provides every citizen the right to free movement, but in Pakistan people go to the extent of blocking roads.

The Peshawar High Court (PHC) has accepted a petition against blockage of roads during public rallies and protests, and issued notice to the provincial government.

Ali Gohar Durrani Advocate, lawyer for the petitioner, said different roads of Peshawar are blocked during protests and public rallies due to which citizens face difficulties. He said a large number of protesters also routinely gather outside the Khyber Pakhtunkhwa Assembly building due to which the assembly chowk remains blocked and the traffic system of the entire city turns into a mess. Students, office-going people and those trying to reach hospitals through ambulances also suffer a lot due to road blockages.

The lawyer said roads remain blocked for several hours, while no one comes to fix the issue. He said political parties also hold events on roads due to which citizens face difficulties. He said the government should specify particular places for political activities. He said he has also attached the decisions of the Supreme Court of Pakistan, Islamabad High Court, Indian Supreme Court and UK court with his petition.

Jamshed Baghwan said he is happy that the court has taken up this important matter and sent notices to concerned officials. He said every citizen of Pakistan has got the right of free movement under the Constitution, but they have not right to disturb other citizens through their activities. He said people travelling to reach their destinations face a lot of difficulties due to protests and other events which are held on roads.

The petitioner said important offices of the government are situated on Khyber Road Peshawar, but protests at the assembly chowk make it difficult for workers to reach on time. He said the government must order solution of this grave problem. He said he is hopeful that the decision will come in greater public interest.