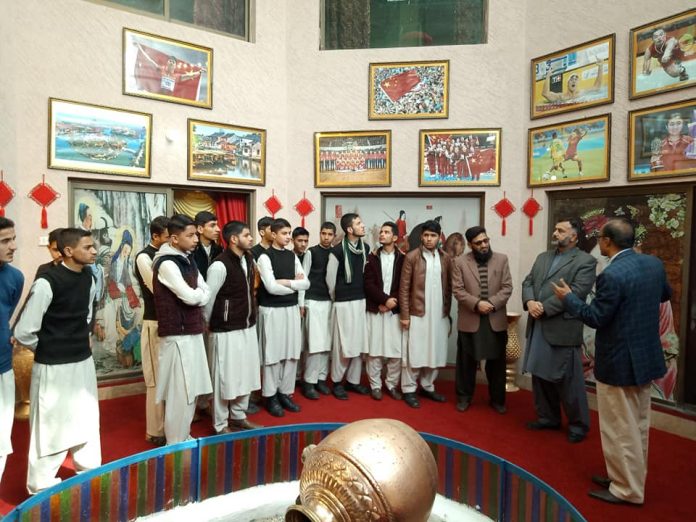 PESHAWAR: To commemorate the Chinese New Year, a two-week long photo exhibition arranged at ‘China Window’ concluded here on Wednesday. The photographs depicting China’s socio-economic progress, over the past four decades, were on display at the exhibition.

The China Window, commonly known as the Chinese Cultural Center, is working as a welfare body in collaboration with the Chinese Embassy in Pakistan. It is engaged in strengthening people to people contacts between the two countries.

On the last day of the exhibition, Orphan Students from Aghosh (Centre for Orphans) visited China at the exhibition venue where students showed great interest in the exhibition.  The organisers said that most of the students were well aware of Pak China friendship.

The management of China window offered them two scholarships of China language classes which are underway nowadays.

At the concluding ceremony held, the Provincial Minister for Information Shaukat Yousafzai was the chief guest who spoke highly of the friendship between Pakistan and the Peoples Republic of China. It is worth to mention here that the event was inaugurated by the Speaker provincial assembly, Mushtaq Ahmad Ghani.

Shaukat Yousafzai while highlighting the historical prospects of the Pak China Friendship said, “We are enjoying all-weather and time-tested friendly relations with our Chinese friends”.  Yousafzai added that the Government of Khyber Pakhtunkhwa is trying its best to fully make China Pakistan Economic Corridor beneficial for the coming generations. He said that they are trying to complete all the developmental projects under CPEC on time.