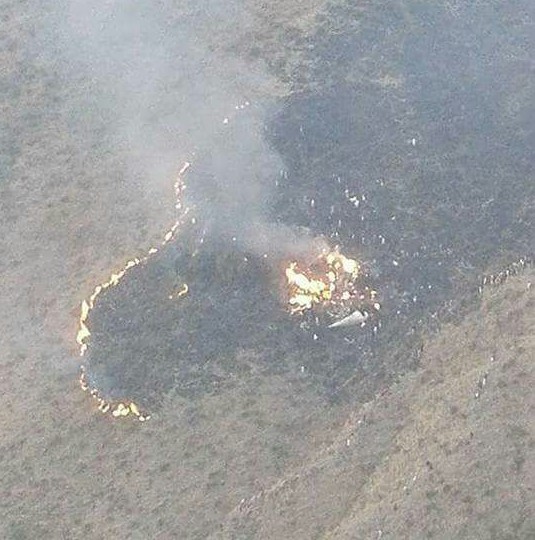 PESHAWAR, 07 December: As many as 48 were killed as a Pakistan International Airlines (PIA) plane PK-661 crashed near Havelian in district Abbotabad on Wednesday, spokesman of the national flag-carrier confirmed.

Deputy Commissioner, Abbotabad office confirmed that 46 dead bodies have so far been retrieved. 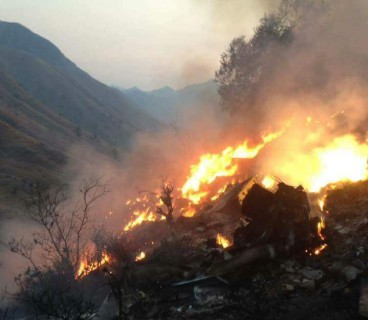 According to Civil Aviation Authorities, the ATR-42 plane took off from Chitral for Islamabad around 3:00 pm and lost communication with the control tower at around 4:30 pm near Havelian, shortly before it was supposed to arrive at its destination. Officials said the plane was carrying a total of 48 people including 40 passengers and crew members.

“We regret to announce that PIA aircraft ATR-42 crashed near Havelian at 1642 Hrs today. Forty two passengers, five crew members and one ground engineer were on board, the airline said in a statement released on its official Twitter account.

Eyewitnesses said that a plane crashed in a hilly area near Havelian as they spotted clouds of smoke rising from the site of the crash.

The federal and Khyber Pakhtunkhwa governments have sent rescue teams to the area. The Inter-Services Public Relations said that army contingents and helicopters have also been dispatched for rescue operations.

According to a list of passengers issued by PIA, well-known celebrity Junaid Jamshed and his wife are also among the dead. Junaid Jamshed, who got unprecedented popularity in mid 80s as a pop-singer, was in Chitral with the members of a tableeghi jamaat. He was returning after completing the preaching tour.

Junaid Jamshed quit singing and joined the tableeghi jamaat years ago and since then, he had been on preaching tours of different countries.

Junaid Jamshed’s brother has confirmed that Jamshed was onboard the ill-fated plane.

Khyber Pakhtunkhwa government’s spokesman Mushtaq Ghani confirmed that deputy commissioner Chitral Osama Warraich, his wife and infant daughter were also on board the crashed plane and perished in the accident.

A spokesman of the Khyber Pakhtunkhwa Provincial Disaster Management Authority (PDMA) said that 46 dead bodies have been shifted to the Ayub Medical Hospital (AMC) in Abbotabad. He added that the National Database and Registration Authority (Nadra) officials set up their system for biometric identification of the dead bodies. He further said that in case the dead bodies were not recognized through biometric identification, their DNA tests would be done.

Meanwhile, the Khyber Pakhtunkhwa Chief Minister Pervez Khattak has said that all the expenses on caskets and shifting of the dead bodies to their hometowns would be provided by the provincial government. The chief minister also directed PDMA officials to remain present at the site of the accident till the completion of the rescue operation.