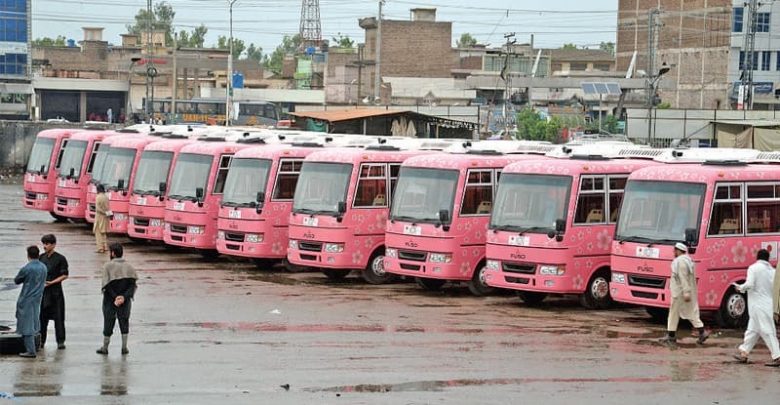 MARDAN: Women in Mardan are yet to benefit from Pink Bus Service that was launched three months ago as the service has not been launched on roads so far.

The Government of Japan had handed over 14 buses to the government of Khyber Pakhtunkhwa for women in Mardan and Abbottabad in month of June this year.

The district government of Mardan has constructed 16 bus stops throughout Mardan city that is yet to see any bus pick women passenger.

Deputy Commissioner Usman Mehsud said that the buses have not been handed over to the district government, for the Transport Department was busy in installation of cameras and determine of fare.

He said that if the buses were handed over to the district government would start plying on roads immediately and would ferry women passengers.

A senior official at Transport Department said that the service would not be launched unless completion of Bus Rapid Transit Project.

The official said that the buses have arrived and parked in open air. Nusrat Ara, a civil society member, said that men have apparently hijacked the project as there women were not invited even to the inauguration ceremony.