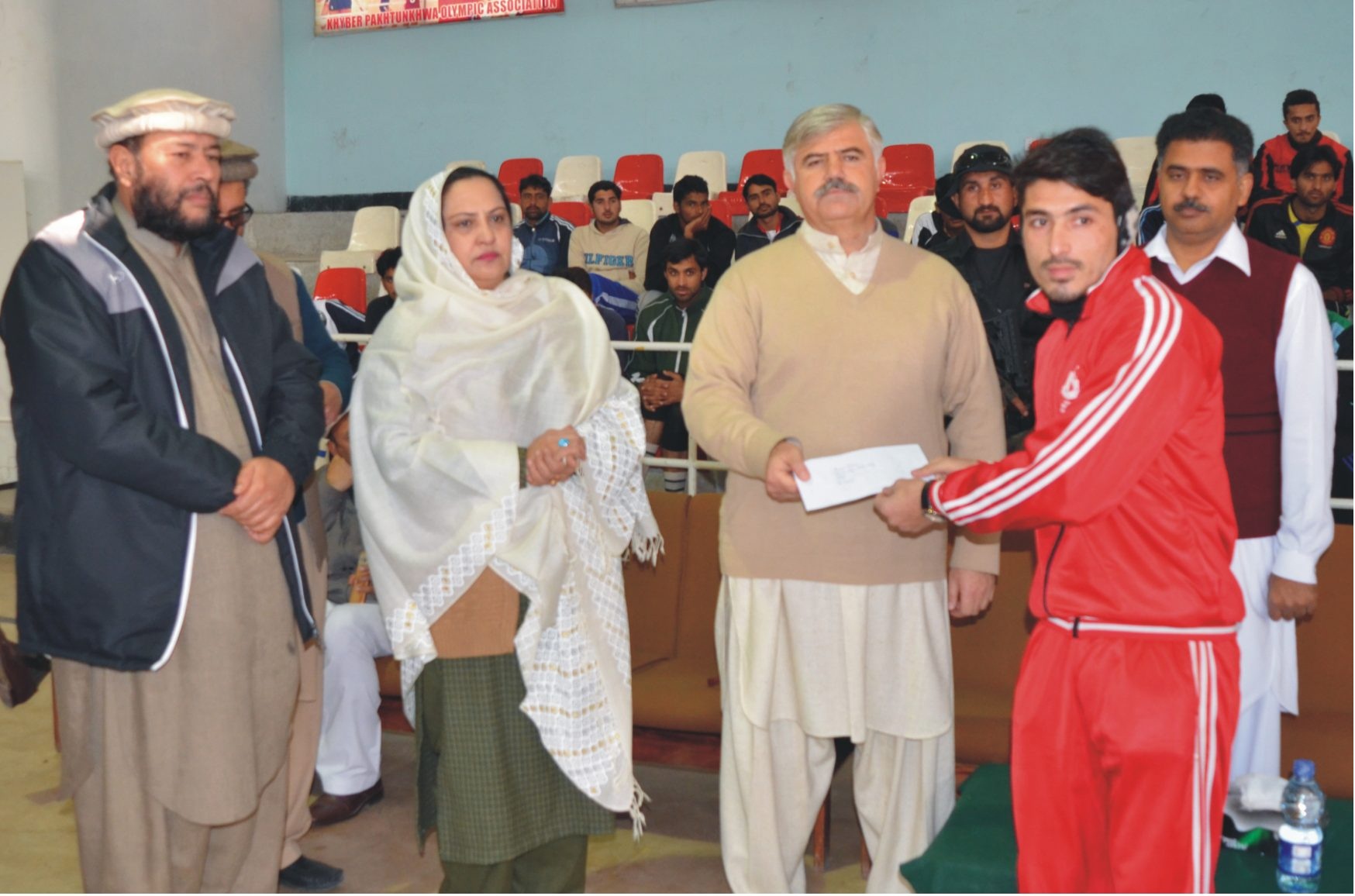 PESHAWAR, 19 January: The Khyber Pakhtunkhwa Sports Department arranged a reception in honor of players who displayed outstanding performances during the past year.

The 10-year old Hamza Roman was also given Rs50,000 cash award. Roman has achieved a number of titles so far in such a tender age. Cash grant was also given to ailing football player Tahir Shah for his treatment.

Speaking on the occasion, Mehmood Khan said that the provincial government has allocated special funds for the welfare of players in the Annual Development Fund (ADP). He said that the Directorate of Sports was compiling the report of players who had been performing well on national and international levels.

The minister also informed that the provincial games of under-23 years old players would begin on Feb 1.