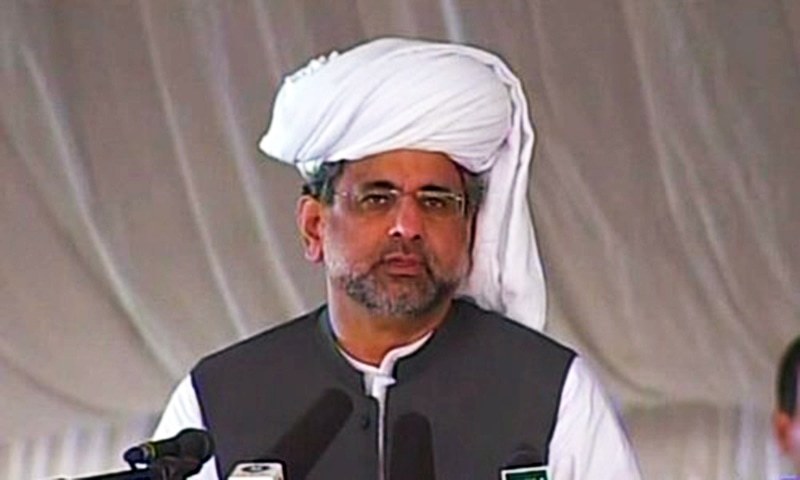 DERA BUGTI, September 14: Prime Minister Shahid Khaqan Abbasi on Thursday inaugurated the Kacchi Canal project in Balochistan’s Dera Bugti district. The PM said that the Canal will irrigate 72,000 acres of land in the far-flung areas of the district.

He said that the project would be no ordinary project that would change the destiny of the area.

The prime minister visited the area where he assured the people that the government would leave no stone unturned to eliminate poverty from the area.

He said that the project was a symbol of love between two provinces as the 300-kilometre canal run from Punjab and provides water to Balochistan.

He said that former PM Nawaz Sharif should have been there as it was him who launched that project. The PM too criticised the PPP for plunging the province futher into backwardness and not developing the project during its tenure.

The PM said that governments came and gone who just made empty promises to secure their votes but he would not make false promises and promised to complete all projects during his tenure. He said that water and gas crises would soon be resolved in the province. The project to be completed at a cost of Rs80 billion.