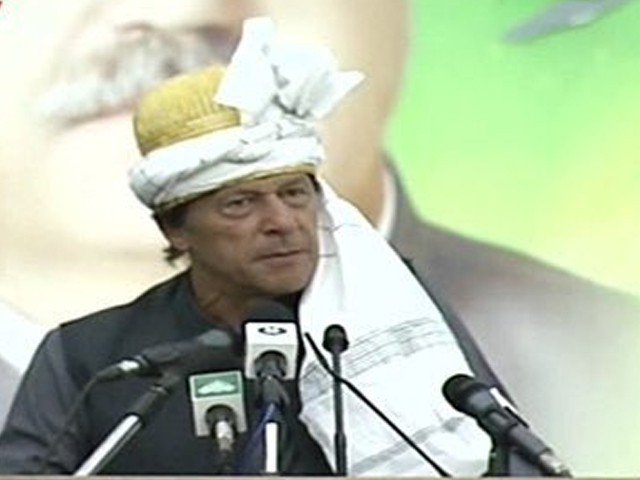 Addressing a massive public gathering in Jamrud, the prime minister said the dam would provide drinking water facility to one million people and also irrigation water to farmers. The premier also announced water supply schemes for Khyber tribal district and 12 bypass roads and said Torkham border will be kept open for 24 hours to facilitate the local traders.

Imran Khan mentioned that he was the first person to oppose sending the security forces to tribal region. He said it was not a good decision both for the military and the tribal people. He said the tribal people stood by their Kashmiri brothers in 1948 and again they offered countless sacrifices in the war against terrorism, but the losses they suffered were never accurately assessed by anyone. He assured that he will try his best to restore full trade activities in the tribal districts and they are compensated properly for their damages. He said the youth would get interest-free loans for starting their business.

Imran Khan said if PPP leaders Asif Zardari and Bilawal Bhutto Zardari want to hold a million march in Islamabad then he is ready to provide them a container. He said the government is not going anywhere, rather Asif Zardari is going to jail.