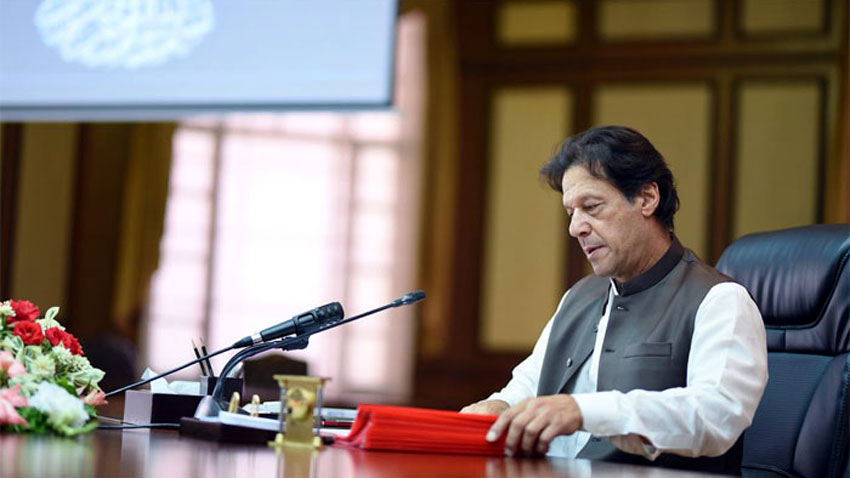 PESHAWAR: In the wake of protests against the Supreme Court verdict in Asia Bibi case, Prime Minister Imran Khan has appealed to the nation to remain vigilant against mischievous elements and maintain peaceful environment in the country.

Addressing the nation on TV and radio, the prime minister said a person cannot be a Muslim unless he has deep love for Prophet Muhammad (Peace Be Upon Him).

However, he said, the protest by a small segment of society is absolutely improper and the language used against the Supreme Court judges, Army Chief and other important personalities is intolerable. He said using abusive language against state institutions will do no good to the country.

He said Pakistan was the only country in Islamic world, which vociferously raised the issue of blasphemous sketches in the Netherlands. He said due to Pakistan’s successful diplomacy, European Court of Human Rights also said that blasphemy and freedom of expression are two different things.

Imran Khan warned unscrupulous elements not to mislead the nation and vowed that state will fulfill its responsibility of protecting the life and property of people and take strict action against those taking law into their hands.

The prime minister will leave for China today (Thursday) on an official visit.