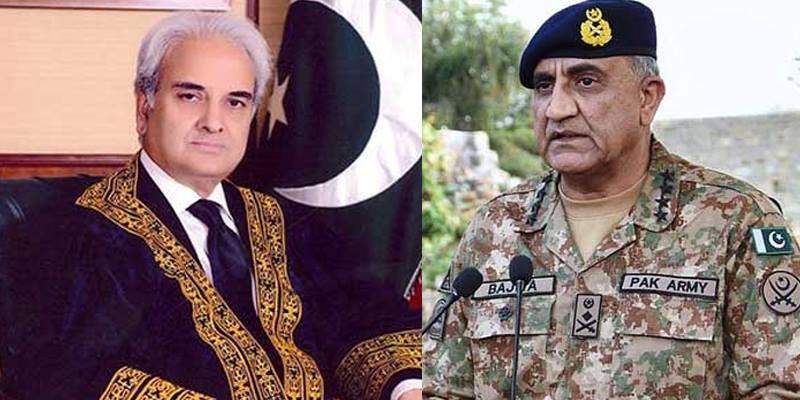 While talking to family, COAS said “Bilour family has stood firm in war against terrorism with great sacrifices during national effort. We have come a long way in our challenging journey to peace and destination isn’t far Inshallah”, we stand united against all proponents of hate and mayhem regardless of hue and colour, COAS remarked.

ANP leader Haroon Bilour and 21 others, mostly party workers, were killed in a suicide attack on him during a corner meeting of his party in Yakatoot area of Peshawar on Tuesday night. Tehrik-e-Taliban Pakistan have claimed responsibility for the attack and termed ANP as its enemy group. Earlier in 2012, Bashir Bilour father of Haroon was also killed in suicide attack in Peshawar and TTP militants had accepted responsibility for the attack.

Election commission has suspended election on PK-78 after the suicide attack. Haroon Bilour was contesting election from the constituency.