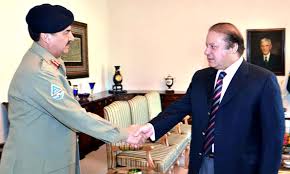 During the visit, they will talk to the Saudi officials regarding the role of Pakistan to resolve the issue amicably.

Iran, on the other hand, has urged the international community to start relief work for those suffered by the conflict.

During the early days of the conflict, Riyadh had requested the Pakistani government to extend a helping hand in its attack on Yemen but Islamabad decided to remain neutral, triggering anger among some Arab leaders.