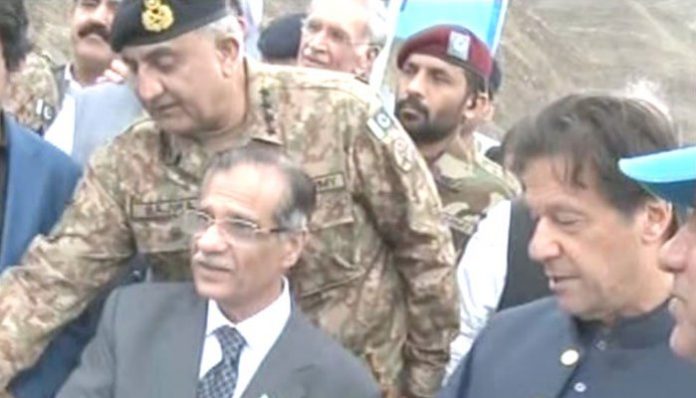 The premier at the outset of his speech praised the former CJP for his struggle to construct dam.

The prime minister said on the occasion that peace was restored in the country due to the sacrifices of the security forces and people of the tribal districts. He said due to peaceful environment, investors are now coming to Pakistan in large number. He said investment in the country will bring job opportunities. He regretted that politicians kept the tribal districts and Balochistan backward as they couldn’t get votes from these areas.

The premier said that the government was well aware of problems being faced by the people of the tribal districts. He said the water scarcity is mainly because non-construction of dams in Pakistan. He mentioned that bigger dams were constructed in Pakistan in the 1960’s when there was dictatorship in the country, but still the country made swift development. He said the successive governments failed to bring development in the country because they lacked futuristic thinking. In this regard, he cited the example of China, which doesn’t care for the next elections and its leaders remain focused on future projects.

Imran Khan said that dams cannot be built within five years, therefore, politicians in Pakistan did not focus on the issue and the situation kept deteriorating.

Saqib Nisar said the dam campaign has turned into a movement now. He said it was the right of the nation and the Supreme Court hasn’t done favour to anyone by initiating this project. He hoped that the project will be completed within the stipulated time. He also involved the resolve and dedication of the Wapda and other relevant quarters for completion of the dam.

The dam is being built on the Swat River and it will be completed at a cost of Rs183 billion by 2024. It will have the capacity to store 1.2 million acre feet water. It is expected to generate 800MW electricity upon completion. It will also solve the problem of water scarcity in Mohmand district besides saving Peshawar, Charsadda and Nowshera districts from floods. An amount of Rs2 billion has been allocated for the project in the Public Sector Development Programme 2018-19.

The ground-breaking ceremony of the dam was initially planned in January, but it was postponed amid reports that the contract of the mega project has been awarded top a consortium of three companies led by Descon, a company previously owned by PM’s adviser Abdul Razak Dawood in which he and his family members hold ownership stakes.

According to State Bank of Pakistan data in December 2018, a total of Rs8.46 billion was deposited in the Supreme Court and the Prime Minister of Pakistan Diamer-Bhasha and Mohmand Dams Fund in five months. 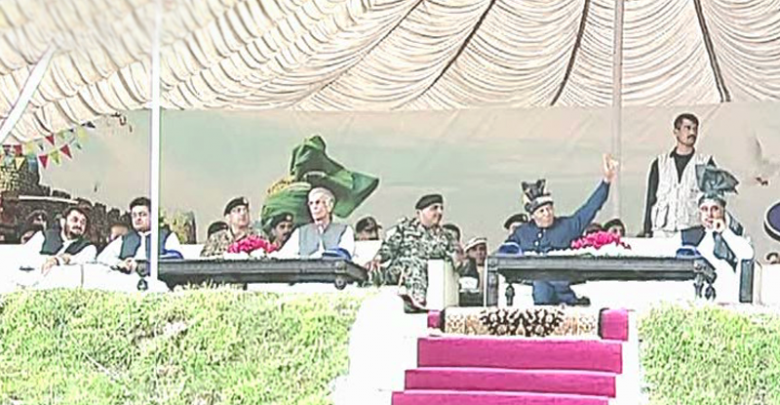 It was the first visit by any prime minister of the country to Tirah Valley. Governor Shah Farman and Chief Minister Mehmood Khan also accompanied the PM. The premier on the occasion distributed prizes among the players who showed good performance.

A large number of people attended the Sports Gala and the enthusiastic youth performed local dances.

The prime minister also mentioned his visit to Tirah in his speech of Mohmand Dam ground-breaking ceremony. He said he was glad to visit Tirah which is a region which defeated Western invaders.