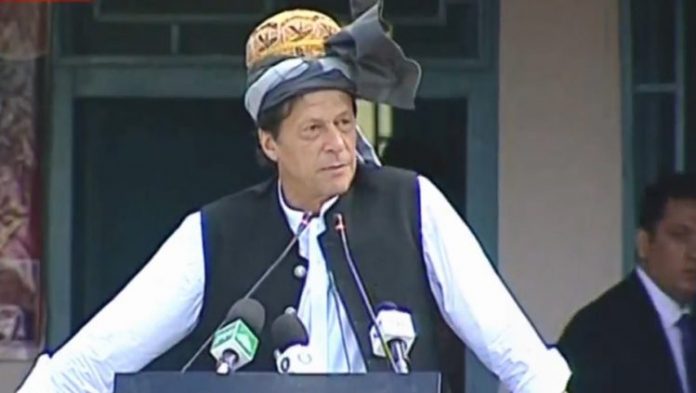 JAMRUD: Prime Minister Imran Khan is expected to visit the Pak-Afghan border in Torkham next week to inaugurate the 24/7 service at the border.

Prime Minister Imran Khan had directed the concerned authorities in January this year to take steps for keeping the Pak-Afghan border open round the clock.

The aim of keeping the border open round the clock was to strengthen people-to-people contacts and boost trade ties with Afghanistan. Arbab Shahzad had said that the decision got the backing of the Pakistan Army and all other stakeholders.

Under the same spirit, 54 Customs officers were appointed on Torkham border on Monday to facilitate round the clock trade as announced by Imran Khan.

According to the Federal Board of Revenue (FBR), the purpose of deputing additional Customs officials is to fulfil the promise made by Imran Khan to keep Torkham border open 24 hours to boost exports.

As per government sources, the federal government is going to open Torkham border round the clock from August 1 which was also warmly welcomed by the KP business community which termed it a right initiative to boost economic and trade activities with Afghanistan and other regional countries as the province’s trade and industry is mainly dependent on exports to Afghanistan. There is a huge potential of trade between Pakistan and Afghanistan which can be utilised fully by reducing border restrictions and facilitating the traders.

The FBR has expressed hope that the day-night clearing at the Torkham border will be helpful in boosting the bilateral trade especially the Pakistan exports to Afghanistan. The FBR officials informed that a high-level delegation of the FBR will soon visit the border to review the overall preparations to keep the border open for trade.