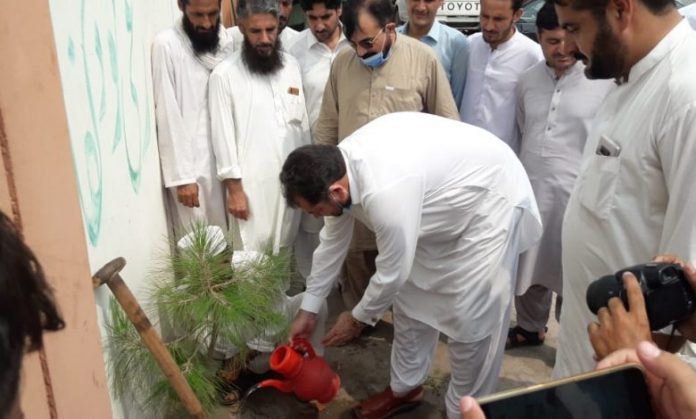 BARA: The monsoon plantation campaign was inaugurated in Khyber tribal district on Saturday.

A ceremony in this connection was organised at Akakhel Farms in Bara sub-division of Khyber district. Besides chief guest Iqbal Afridi, Director Agriculture Department Shamsur Rehman, Farm Incharge Shafqatullah, political and social activists and area elders were present on the occasion.

The lawmaker from Khyber district said on the occasion that Prime Minister Imran Khan has promised release of Rs30 billion funds for Bara dam. He said establishment of Bara dam will bring thousands of acres of land in Bara and some areas of adjacent Peshawar under cultivation. He said the new cultivation will bring progress and prosperity in the region and help the province gain self-sufficiency in food supply, particularly the wheat production.

The local lawmaker said he has discussed provision of interest-free loans to the farmers of merged tribal districts and waiving off the earlier loans taken by the poor farmers. He said he hopes positive developments on his proposals put forward before the premier.

On the demand of Director Irrigation, Iqbal Afridi said the government has provided a full-fledged building to Irrigation Department in Dogra area where it is functional. He also promised to discuss the matter of making functional the Agriculture Department office in Mandai Kas with Chief Minister Mehmood Khan.

On the occasion, the lawmaker distributed insecticide spray machines among 21 local farmers. He said the government will provide all possible assistance to the farmers who suffered damages. He said boosting the agriculture sector in merged districts is among the priorities of the government.