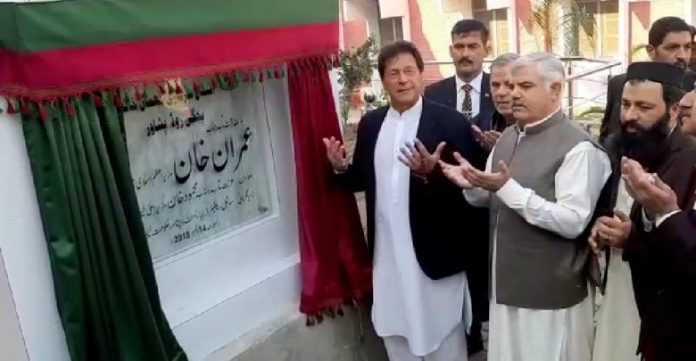 The shelter will provide accommodation for 200 people where facilities including transport, health care, meals and uninterrupted power supply will be provided.

The facility will home a total of 200 people where they would be given free of cost meal. The shelter homes are being set up by the Khyber Pakhtunkhwa government under its 100-day plan.

The project was launched to restore the self-respect of those who spend nights under the open sky.

Later addressing a public gathering at Nishtar hall, pM Imran Khan said that people have voted PTI because of its performance in 2013

He accused the previous government of Punjab for spending billions in development funds in order to influence the elections.

An official statement issued here stated that prime minister would also attend a special meeting of the KP cabinet and briefed on the province’s 100-day performance.

The provincial government identified 25 initiatives to be pursued in the next five years under the premier’s directions.

He was informed that the KP government decides to recruit 4,000 lady health workers (LHWs) to ensure coverage of all rural areas as well as a rural ambulance service to transport mothers and children to health facilities. The government will also ensure that 80 per cent of expectant mothers give birth in health facilities.

In agricultural sector, the government plans to introduce a functional IT-based market intelligence system to increase farmers profit by 15-20 per cent along with reclaiming 5,500 hectares of cultivatable wastelands.