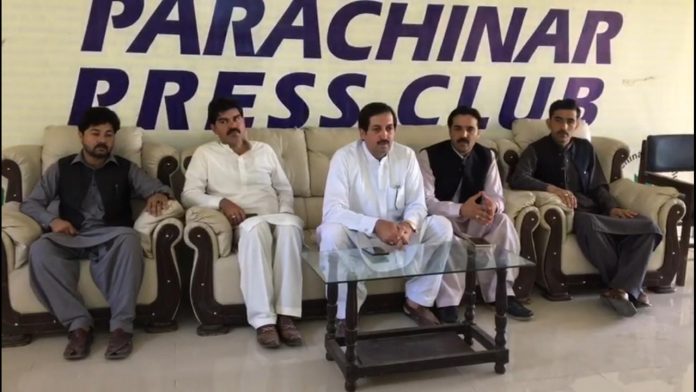 PARACHINAR: The Pakistan Tehreek-e-Insaf (PTI) president for Kurram tribal district Iqbal Said Mian has said that the distribution of Sehat Insaf Cards to all the families of the merged districts, including Kurram, is continuing with a rapid pace.

Addressing a press conference at Parachinar Press Club on Monday, Iqbal Said Mian said the beneficiaries of Sehat Insaf Cards will get Rs720,000 per year for medical treatment. He said distribution of Insaf Cards is continuing simultaneously in in all the tribal districts. He said the Insaf Cards have come as a massive relief for the poor people of the merged districts. He said the people of tribal districts deserve this facility more than anyone else in this country as they offered countless sacrifices in the war against terrorism.

Iqbal Said Mian said the people of tribal districts are thankful to Prime Minister Imran Khan for launching this scheme for the tribal people who deserve it the most. He said the prime minister is gradually fulfilling all his promises with his head held high.

The PTI leader said the government will release amount of about 70 to 80 billion rupees for this purpose. He said the issue of medical treatment of poor families from tribal districts is no longer a problem as every family will get Sehat Insaf Card without any discrimination.

Iqbal Said Mian said the government will make sure that every family gets Sehat Card. However, he said the tribesmen will have to keep patience and wait for their turn. He said the PTI government is taking steps to address the problems of the people.