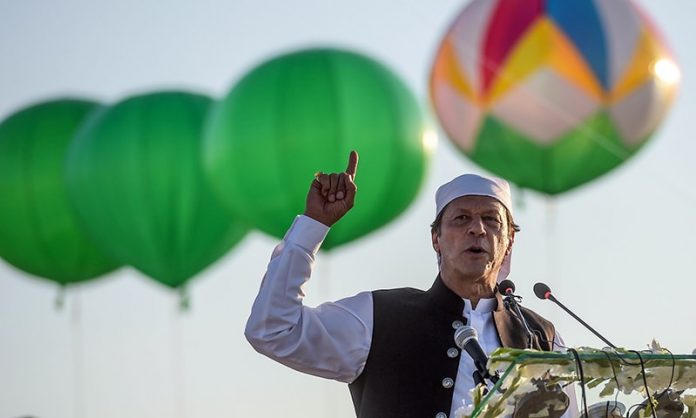 Imran Khan said he sent a message to his Indian counterpart Narendra Modi to resolve bilateral issues amicably, but his message was not reciprocated and what is happening in Kashmir today is beyond the issue of territory. He said more than eighty million people are besieged and it has become a humanitarian issue. He asked the Indian prime minister to give justice to Kashmiris.

The prime minster opening of Kartarpur is like the Muslims standing at a close distance to Madina Munawwara and are unable to visit it, is akin to Kartarpur Corridor for Sikhs. He congratulated the Sikh community on 550th birth anniversary of the founder of Sikhism Baba Guru Nanak Dev Ji.

The prime minister also felicitated the FWO and other organizations involved in the construction of complex at the corridor. Thousands of Sikhs from different parts of the world including India attended the ceremony.

Earlier, the prime minister visited different sections of Gurdawara Darbar Sahib and he was briefed about its renovation. This has now become the world’s largest Sikh Gurdawara. The Construction of Kartarpur Sahib Corridor and renovation of Gurdwara Darbar Sahib has been completed in record time.

Indian politician and former cricket star Navjot Singh Sidhu also addressed the ceremony and said the step taken by Prime Minister Imran Khan to open the corridor will be written in history with golden words. He said Imran Khan has won the hearts of 140 million Sikhs around the world. He said Alexander the Great won world with creating fear, while Imran Khan did this with love.

Navjot Singh said if corridor can be opened with one hug, more issues can be resolved with more hugs.

He eulogized the personality of Prime Minister Imran Khan with rich poetry.