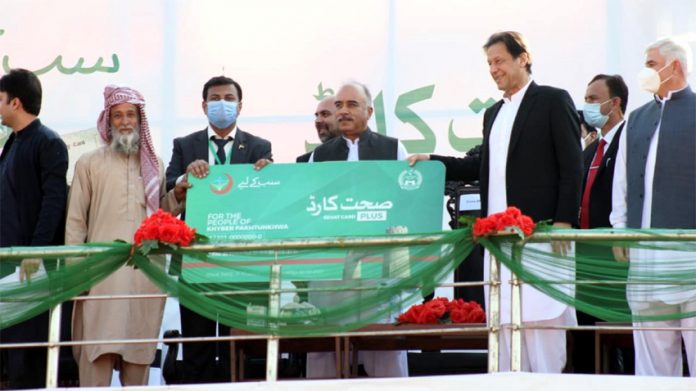 Addressing a public gathering on the occasion at Grassy Ground in Mingora, the prime minister said government is making all out efforts to develop Pakistan as per the vision of Quaid-i-Azam and Allama Iqbal.

He said tourism in Swat will bring prosperity and development in Khyber Pakhtunkhwa. He said foreigners would soon visit these scenic valleys and tourism would generate revenue.

He said government has also introduced Naya Pakistan Housing Program for poor people of the country to provide them affordable residence. He said the program is being delayed due to litigation. He said reforms will be brought in education system for a uniform curriculum all across the country.

In the first phase, people of six districts of Malakand Division would be provided free of cost healthcare facilities up to Rs1 million each. After launching of Sehat Card in Malakand Division, it will be launched in Hazara Division by November 30, Peshawar region by December 31, 2020 and by January 31, 2021 in Southern parts of KP. The government has allocated Rs18 billion for the project. All the families registered with Nadra would be the beneficiaries under the program.

Sehat Card Program would cover at least 6.5 million families in KP. Health service under the program would be provided at 83 hospitals including 59 private hospitals and 24 public hospitals. The number of hospitals will reach to 250 by the time it is launched in the whole province.

Imran Khan appreciated the KP government for launching the program and taking the decision to give health cards to all its citizens.

The prime minister also visited the picturesque Gabin Jabba valley and spent some time there.