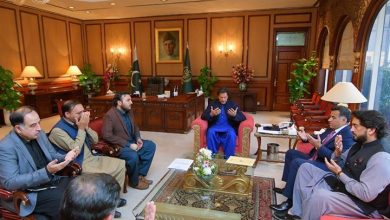 He expressed his condolences over the martyrdom of Tahir Khan and promised all possible assistance to the bereaved family.

The prime minister lauded SP Dawar’s services for the police department and hailed him as a brave and responsible officer.

SP Tahir Dawar was kidnapped in the G-10/4 area of Islamabad on October 26 and his body was recovered On Nov 13, near Pak-Afghan border in Nangarhar.The Islamabad chief commissioner had formed a seven-member Joint Investigation Team (JIT) on Nov 16 to investigate SP Dawar’s abduction and murder.