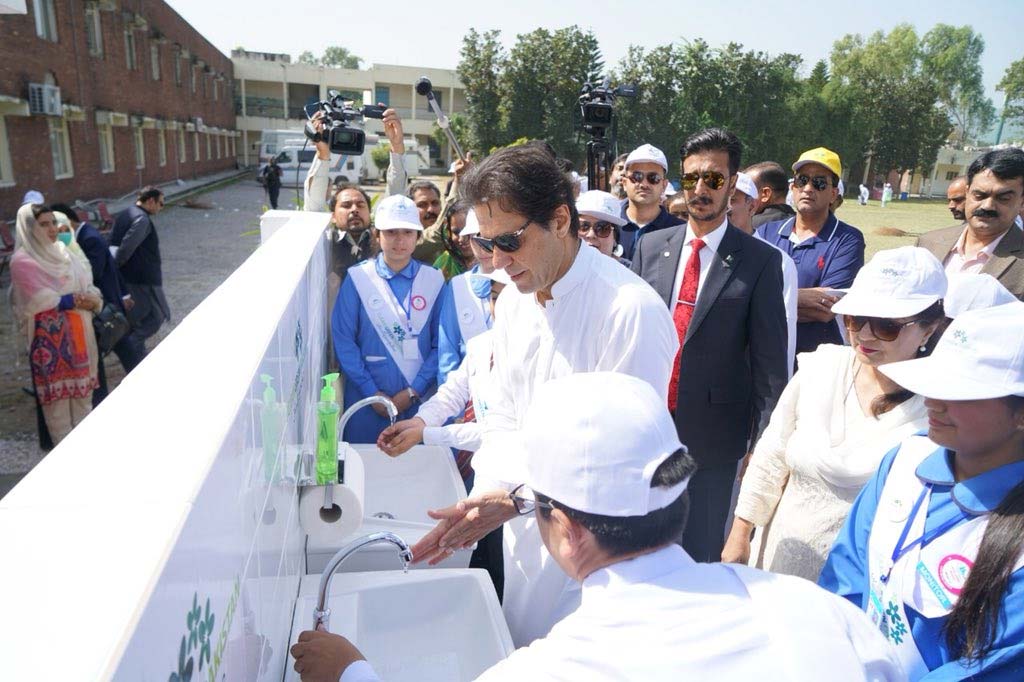 The premier launched the campaign at Islamabad College for Girls by planting a sapling and sweeping the lawn of the college. The prime minister himself picked the garbage and disposed it off before washing hands to teach the youngsters the proper cleanliness methods.

Speaking on the occasion, Iman Khan said besides cleanliness, enhancement of the green cover was equally essential as Pakistan was seventh most affected country by the global warming. He said that after successful completion of billion tree tsunami campaign in Khyber Pakhtunkhwa, the government had launched a five-year 10 billion tree tsunami scheme across the country. He said the glaciers would be depleting fast if the world failed to tackle the challenge of global warming and the world become unlivable for the future generation.

The premier hoped that after plantation of 10 billion trees, the weather pattern of the country would change. The prime minister said the cleanliness drive would not remain confined to posh areas but it would also cover the slums.