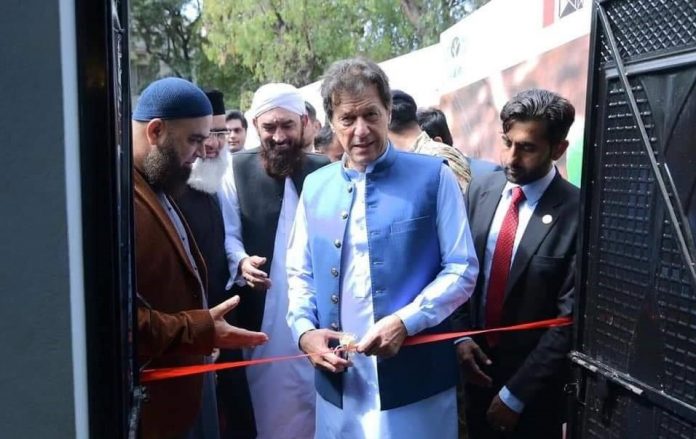 PESHAWAR: Prime Minister Imran Khan has inaugurated the Ehsas Saylani Langar Scheme in Islamabad on Monday. On this occasion, the PM said that for the creation of the state of Madinah, people have to wait patiently and make-believe in the efforts of Pakistan Tehrik-e-Insaf (PTI) government.

Imran Khan said that the main reason for the bad economic situation is that for the last several years, the poor were getting poor while the rich are getting richer who didn’t pay taxes and thus with the passage of time, the distance was increasing. Talking about Punjab Police, Imran Khan said that they are gradually changing the police system so that there is no injustice in the police stations.

Special Assistant to the Prime Minister, Dr Sanya Nishtar said on the occasion said that under the Ehsas Saylani Langar Scheme free food will be distributed to 600 needy people daily and the scheme will be launched in other cities as well. She added 112 langars will be opened across the country very soon.

Talking on the inauguration, Prime Minister Imran Khan said that he was fortunate to have the support of very sincere people while building the Shaukat Khanum hospital. He added that Ehsas is the biggest poverty alleviation program in the country under which the government will fund the langars to take responsibility for the weaker sections.

The Prime Minister said that so far the government collected all the taxes on the poor by inflation but it did not bless the system, “We are reversing it, we will help the business class to make money, we will collect our taxes and will spend it on the weaker sections, such as China has done,” said PM Imran. He added that the business community will be helped to raise again. “No government has ever supported the industry that we are doing, New Pakistan will be a welfare state,” claimed the PM.

He added that people have no patience, it has been 13 months and people say where New Pakistan is, the state of Madinah for us is Ideal but it cannot become reality in the first day, we have to make the struggle for it. This country will change; you will see how we are going to bring this positive change soon, PM Imran said.