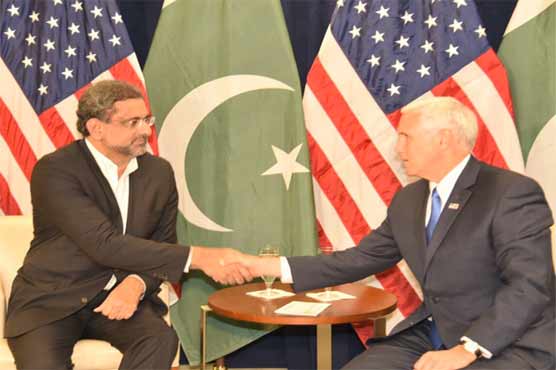 Both the leaders discussed matters of mutual interests during the meeting. The US vice president said America gives importance to relations with Pakistan and wants to work with Pakistan for global peace. He said the US was devising new strategies for further improving bilateral ties with Pakistan.

The Senate Chairman Mian Raza Rabbani had earlier advised Prime Minister Abbasi not to meet Mike Pence if President Donald Trump was not available for meeting.