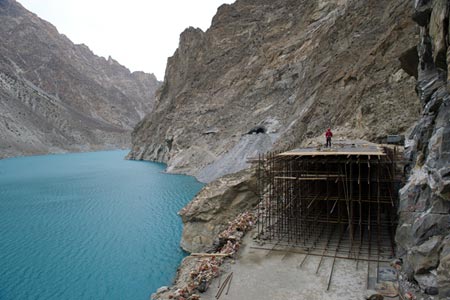 PESHAWAR, 1 May: Prime Minister Nawaz Sharif has invited parliamentary leaders of different parties for a briefing to remove their reservations on the Pak-China Economic Corridor.

According to sources in the Prime Minister House, the briefing will be held on 13 April. On the directions of Mr Sharif, Finance Minister Ishaq Dar yesterday contacted the Muttahida Qaumi Movement (MQM) leader Farooq Sattar, Pakistan People’s Party (PPP) leader Khursheed Shah, Afrasiab Khattak of the Awami National Party (ANP), Shah Mehmood Qureshi of the Pakistan Tehrik-e-Insaf (PTI) and other parties on telephone and invited them for a briefing on the issue.

Different political parties had been holding protests recently against changes in the Pak-China Economic Corridor route towards Punjab. The prime minister has called the briefing to remove reservations of all the parties on the issue.