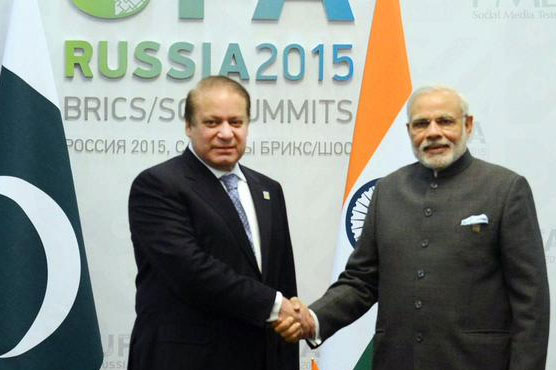 The Pakistan Foreign Office says the meeting was organised on India’s initiative. According to media reports, the prime minister said Pakistan wants to resolve all issues with India. The agenda of the meeting was discussion on the issues that escalated heated exchange of statements from both sides.

Analysts said the meeting will help reduce tension between the two nuclear-armed neighbouring countries. The statement added that Mr Sharif will also meet the leaders of Afghanistan, Russia and China during his visit to Russia.

The purpose of the SCO is to enhance economic and security cooperation among the member states.