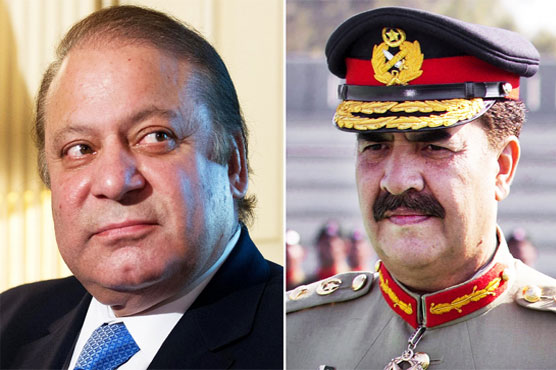 PESHAWAR, 19 June: Prime Minister Nawaz Sharif has said that the government cannot stay silent on the statements against the Pakistan Army.

According to the Prime Minister House, the premier yesterday telephoned Chief of Army Staff (COAS) General Raheel Sharif who was on a visit to Russia. Mr Sharif told the COAS that the anti-Army statements are unacceptable at a time when the military is fighting the war for the country’s survival.

Former president and PPP co-chairman Asif Ali Zardari had criticised the military and his political opponents during a party function two days ago. The government has also decided to take the Parliament into confidence over the statement of Mr Zardari.

On the other hand, sources said the PPP co-chairman has hosted an Iftar dinner for leaders of different political parties today. The sources said Mr Zardari will try to take the political leaders into confidence over his statement.