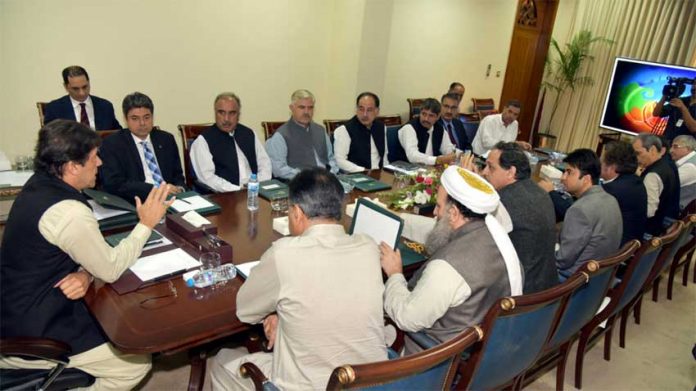 PESHAWAR: Prime Minister Imran Khan Friday asked the Khyber Pakhtunkhwa government to set up a reform committee for every tribal district and provide health, education and other facilities to the people of tribal areas at the earliest.

During the meeting, Imran Khan was briefed about the ongoing reforms process and development in the tribal districts. He said the ministers and senators hailing from the respective tribal districts should also be included in the reforms committees.

The premier said that besides the committee, the governor and chief minister themselves would visit the tribal districts to take the local people into confidence about the steps taken in the merger process.

Earlier, addressing the 100 days performance ceremony at the Nishtar Hall, the prime minister said Pakistan has arranged the US-Taliban talks to be held next week.

Imran Khan said the US request for Pakistan’s cooperation for peace process vindicated his stance on the Afghan conflict.  He said there is no military solution to the Afghan issue and it should be resolved through dialogue. He disclosed that the US and Afghan Taliban talks are scheduled for 17 December with the efforts of Pakistan. He said if peace prevailed in Afghanistan, Peshawar will be the hub of tourism and commerce.

The prime minister said Peshawar would become a hub of economic activity and tourism after implementation of the projects being executed under the China-Pakistan Economic Corridor (CPEC). He said the Bala Hissar Fort would be made centre of tourism, and it would be opened for public. He added the old Peshawar city will be developed to preserve the city’s ancient culture, which represented 2,000-year-old civilisation.

Earlier in the day, Imran Khan on Friday inaugurated Shelter Home for homeless people in Peshawar. The shelter will provide accommodation for 200 people where facilities including transport, health care, meals and uninterrupted power supply will be provided. 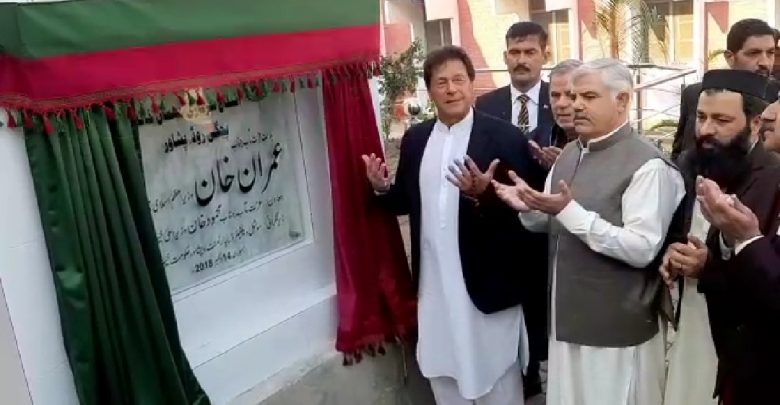 The facility will home a total of 200 people where they would be given free of cost meal. The shelter homes are being set up by the Khyber Pakhtunkhwa government under its 100-day plan. The project was launched to restore the self-respect of those who spend nights under the open sky.

Later addressing a public gathering at Nishtar hall, Imran Khan said that people have voted PTI because of its performance in 2013. He accused the previous government of Punjab for spending billions in development funds in order to influence the elections.