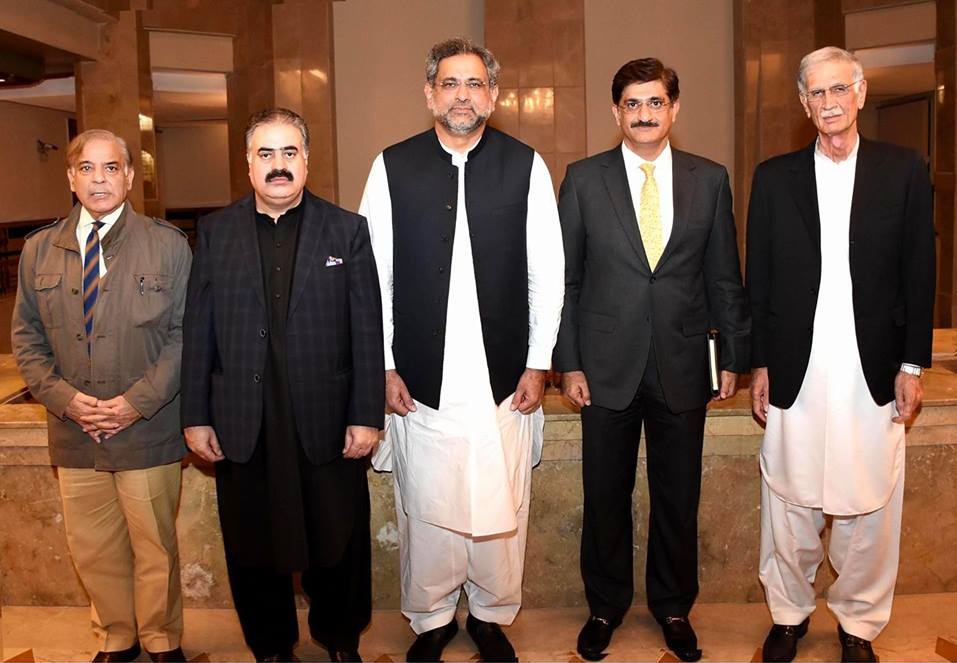 ISLAMABAD: Prime Minister Shahid Khaqan Abbasi on Thursday dismissed any possibility of a referendum to decide future of Fata and said jurisdictions of the Supreme Court and high court would be extended in coming session of the National Assembly.

The PM said this during a meeting with Fata Youth Jirga areas. Later, talking to the Tribal News Network, member of the jirga, Nisar said that the PM promised that bill for extending of jurisdiction of the Supreme Court and Peshawar High Court would be tabled in next session.

He said that the government wanted to give Fata representation in Khyber Pakhtunkhwa Assembly and would forward recommend the Election Commission of Pakistan for delimitation of constituencies for KP Assembly.

The member said that the PM made it clear that the province was not ready to give Fata its due share in National Finance Commission Award.

“The PM said the federal government still standby its promise to give Fata 50 percent shares in NFC Award,” he said while quoting the PM.

He said that a meeting of Council of Common Interest would be convened in this regard. Safron Minister Abdul Qadir Baloch was also present on the occasion.