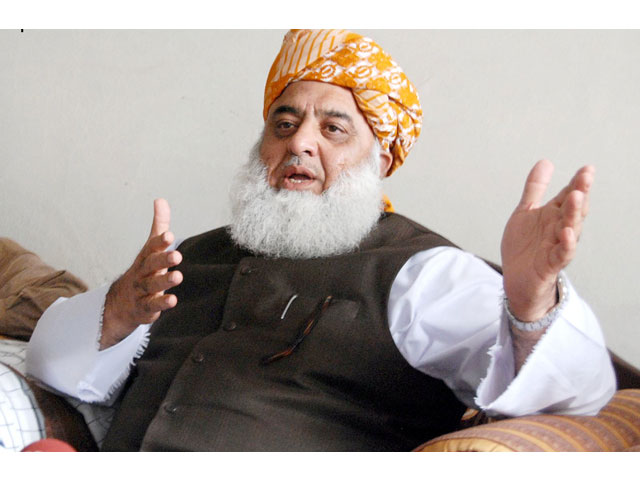 In a meeting with media representatives, the JUI-F Chief said that Captain Retired Safdar had met Nawaz Sharif in jail where Nawaz has ordered the party leadership to take part in the anti-government movement.

He further said that Mian Nawaz Sharif has also conveyed his message by phone and said that the entire Nawaz league will be joining the ‘Azadi March.’ Maulana Fazlur Rehman thanked Nawaz Sharif for the announcement and said that other opposition parties are also in touch with him in this regard.

Fazal said that Rabita committees have been set up for ‘Azadi March’. “Whatever the circumstances, we will formulate strategies accordingly,” JUI-F leader said. “In October, not only the PML-N but the whole opposition will be with us.”

He also criticized the PTI, saying that now another ‘ridiculous step’ step has been taken and billion of rupees liabilities of few industrialists have been waived off through a presidential ordinance. The ordinance can only be taken back through an ordinance but those who were mean to take the benefits, they have already taken it.

Talking about people’s response to Azadi March, Maulana said that there has been a very positive response from the people and everyone is desperate to get rid of the ‘unfit government’.

The JUI-F chief said that they are determined to march, and are not afraid of arrests. He said that they have all options available, including resignations from the assemblies, to get rid of the PTI government. “Our struggle is for real democracy,” Maulana claimed.