PESHAWAR: The PML-N has decided to nominate the PML-N President Shahbaz Sharif as opposition leader in the National Assembly.

Media reports said the PML-N has devised strategy to perform the role of opposition in the National Assembly. Reports said in case the PTI chief Imran Khan becomes the prime minister, then Shahbaz Sharif will be made opposition leader.

Earlier, the PTI and MQM-Pakistan reached an understanding on formation of government at the Centre and close cooperation at provincial level in Sindh.

Addressing a joint press conference with leaders of MQM-Pakistan at Banigala in Islamabad on Friday, the PTI leader Jahangir Khan Tareen said both parties have reached understanding for cooperation. He said the party will bring police reforms in Sindh in collaboration with the MQM like it did in Khyber Pakhtunkhwa.

Mr Tareen said a university would also be set up in Hyderabad to enable people of the area to get higher education at their door step. 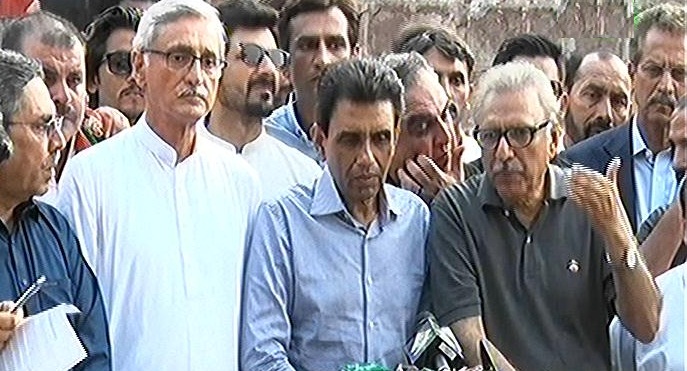 Jahangir Tareen said nine independent members of the National Assembly and 25 of Punjab Assembly have joined the PTI. He said the PTI will form government in Punjab, Khyber Pakhtunkhwa and the Centre.