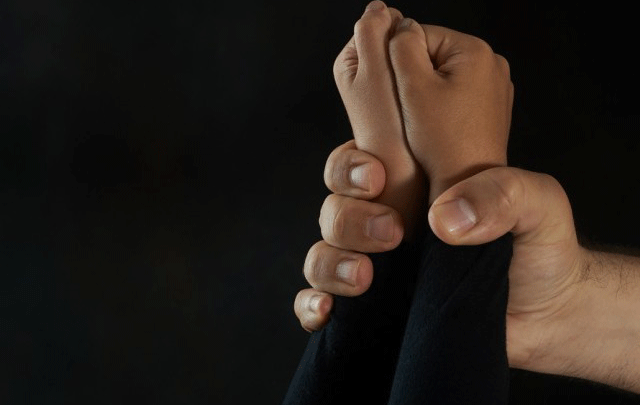 MARDAN: Man accused of raping an eight-year-old girl has been arrested by Mardan police on Tuesday.

According to Par Hoti police station, wife of Javed Ali, a resident Lakhti Korona Par Hoti, Mardan filed a report saying that he sent his 8-year-old daughter to the nearest shop to bring household stuff but she returned home crying and told that shopkeeper Shah Fahd had taken her to his vacant house and sexually abused her.

According to the victim, the accused put a hand on her mouth and forced her not to cry. Police said that the accused has been arrested after the mother of the child filed a case against him and is being investigated after his judicial remand was obtained. In that regard, the Investigation Officer of Par Hoti police said that preliminary report found traces of sexual abuse on girl’s body while samples have been sent to the laboratory for the final report.

Countless children in Khyber Pakhtunkhwa have suffered at the hands of sexual predators. According to data of provincial Child Protection and Welfare Commission, between May 2011 and December 2017, 222 children – 155 boys and 67 girls – were reported to have been sexually abused.

The Peshawar High Court has established a Child Protection Court with assistance from Group Development Pakistan and the British High Commission where so for 239 child abuse cases have been submitted since its inception in March 2019. Around 124 of those cases have been resolved while 115 are pending.

According to unofficial statistics, in Pakistan, during the last five years, 18000 children were sexually abused and killed. However, says the study, so far only 25 culprits were granted death sentence while 11 were imprisoned for life. Government has urged the Ulema, area elders and social activists to play their role in creating awareness among the people about this issue.