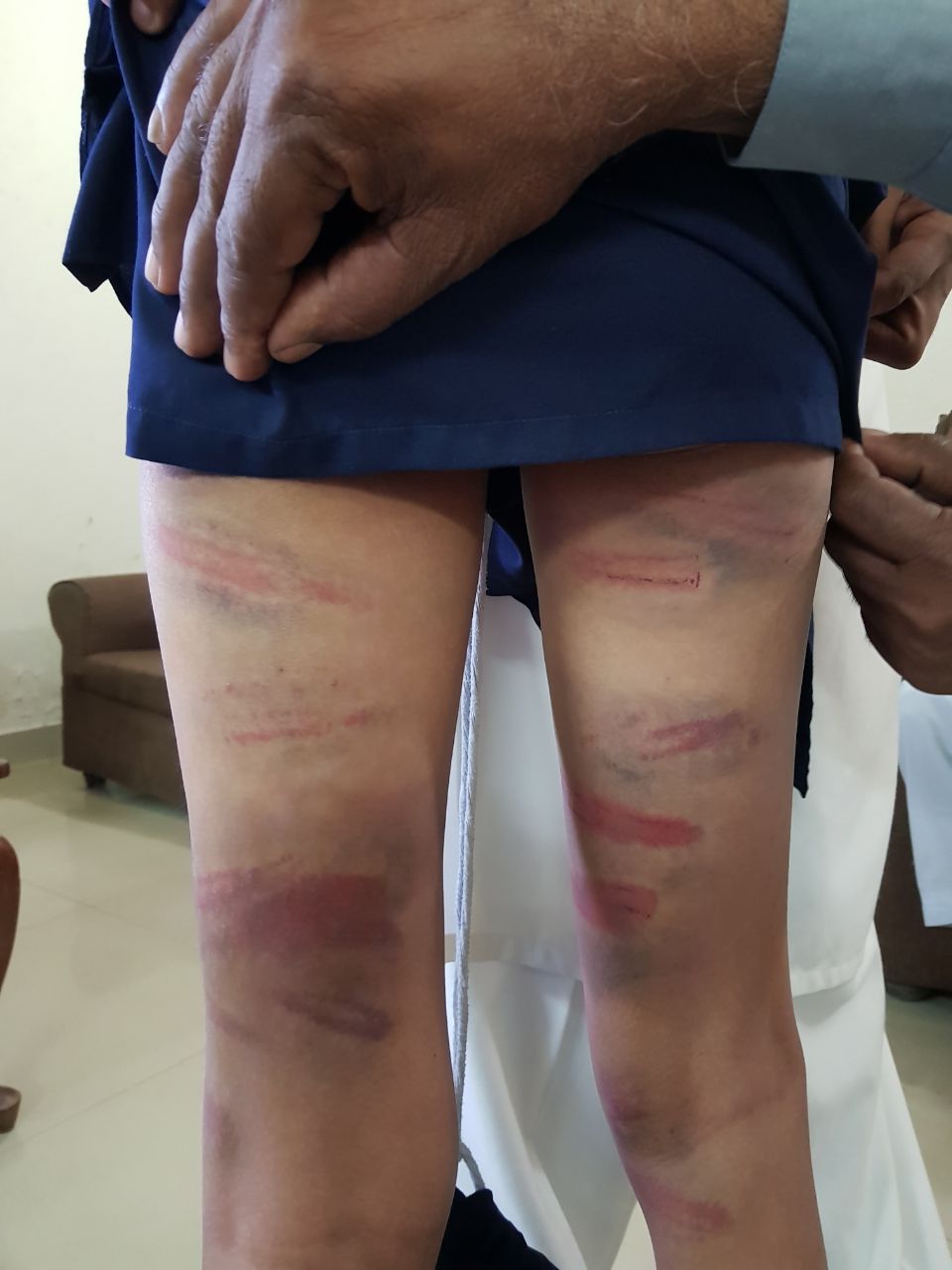 ABBOTABAD, 21 October: The police on Saturday arrested a teacher who severely beaten and injured a student at a private school in Abbottabad.

The teacher was arrested on directive of Education Minister Atif Khan after father of sixth grader Zulqarnain held a press conference.

The father complained that teacher of his son named Musaddiq subjected his son to sever torture for not completing his homework.

He said that he was severely injured and shown scars of torture on body of his son to media persons.

The minister has taken notice of the issue and directed the police to arrest the teacher and register and FIR against him.