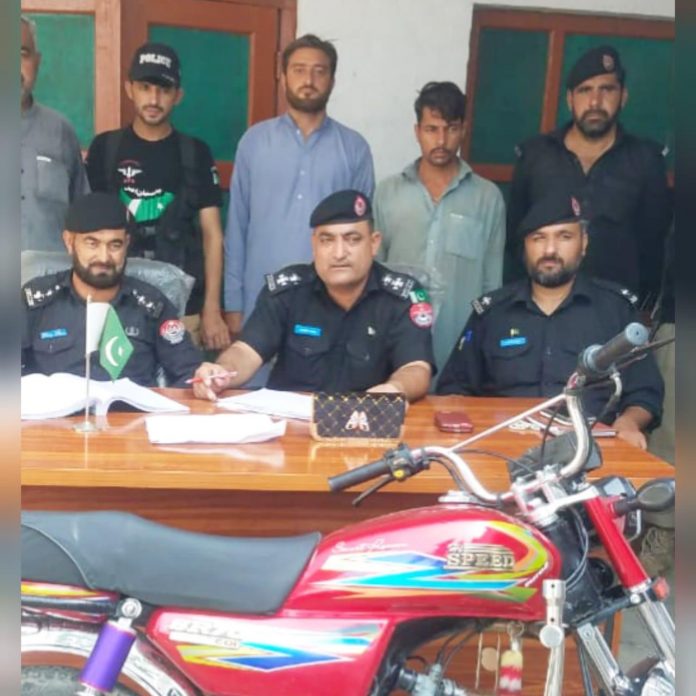 MARDAN: Two men have been arrested by the Mardan police on charges of murdering a young woman for ‘honour’, police said on Sunday.

Police added a few days back, they recovered the dead body of a woman from agriculture fields within the jurisdiction of Shahbaz Garhi police station. Police added that through scientific investigation, they found that her first and current husbands are responsible for ‘honour killing’ and both have been arrested.

While briefing the media, Police officials said that both the accused confessed to the police during the initial investigation. The police have also recovered instruments used in murder including a motorcycle and the purse of the deceased.

According to police, the dead body of a young women Salma* was recovered from the fields. The report was filed in connection with the murder of the deceased’s father Bahadur, a resident of Bhatti Korona village.

The District Police Officer (DPO) Sajjad Khan took notice of the incident and a special team comprising DSP Rural Circle Shakeel Khan, SHO Shahbaz Garhi Vilayat Shah and Investigation Officer for the immediate arrest of the elements involved in the incident. Police informed that they have conducted an investigation on the scientific ground and arrested Monfariq Shah, who is the ex-husband of the deceased and Mansoor, the current husband for the murder.

Police claimed that the two suspects were arrested within 72 hours of the crime and also recovered the gun used in the crime along with the motorcycle and purse of the victim. The arrested suspects confessed to their crime and told the police and said that they suspected that the victim had relations with other people, so they planned to kill him. “And as soon as we had the chance, we brought her to the agriculture fields on a motorcycle and killed her,” the accused persons said in their confession statement. Further investigation into the suspects is ongoing.

*Name has been changed to protect the identity.