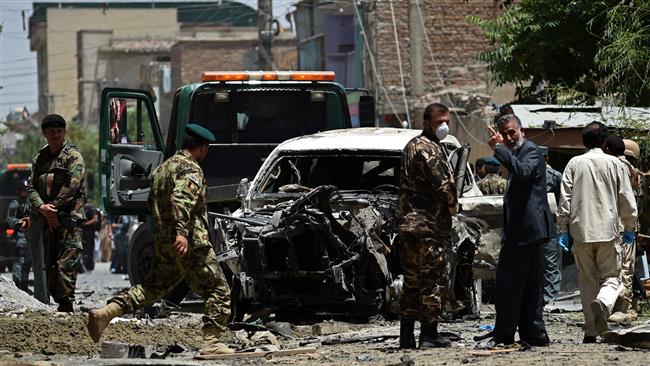 PAKTIA, 17 October: As many as 32 persons were killed including Paktia police chief and 200 were injured in a suicide and gun attack on police in southeast Afghanistan in the latest deadly violence in the country, according to media reports.

Security officials have too confirmed that police chief Toryalai Abdyani has also been killed in the blast happened in Gardez city in Tuesday morning.

According to media reports the attack ended at 1:30pm. The Taliban claimed responsibility for the attack.

“At first, a suicide bomber detonated a car filled with explosives near the training centre, making way for a number of attackers to start their assault,” the Afghan interior ministry said in a statement.

A local official said two car bombs blew up near the compound that also houses the provincial headquarters of the national police, border police and Afghan National Army.