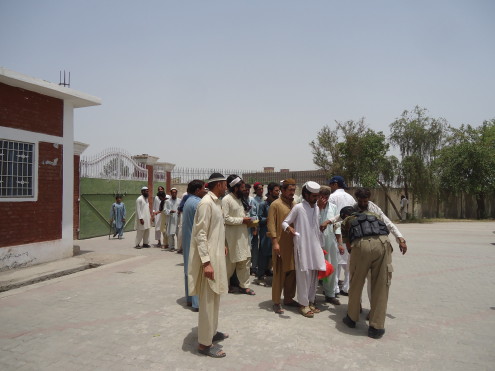 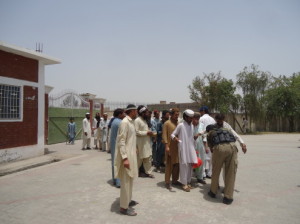 BANNU, June 23: A clash took place among the internally displaced persons (IDPs) of North Waziristan and police during distribution of food items at the Bannu Sports Complex.

Station House Officer of the Saddar Police Station, Mr Yaseen Kamal, told TNN that thousands of IDPs had entered the Bannu Sports Complex early in the morning when distribution was not started yet.

“The police force wanted to get them out and asked them to queue up but IDPs started throwing stones and bricks on the cops, prompting the police to use tear gas shelling and aerial firing,” he added.

Worker of a non-government organization, Mr Abid Wazir, who was distributing the food items of the World Food Programme, told TNN that the distribution of food items resumed after the army arrived at the venue.