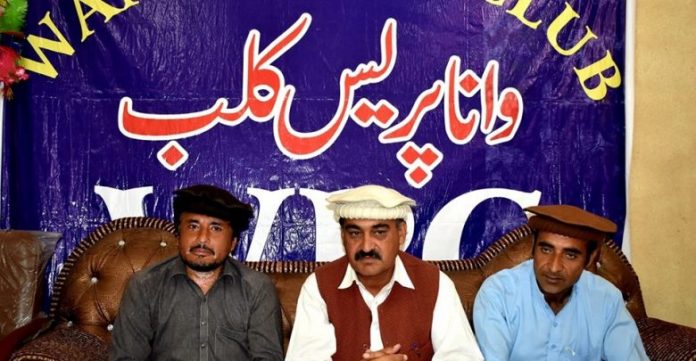 SOUTH WAZIRISTAN: Police have raided the election office of the Awami National Party (ANP) and arrested its two workers on Thursday. After the raid, the ANP members, in a press conference, condemned the arrests and declared it a conspiracy to stop the party from running its election campaign.

The local sources provided information to the media that the two local ANP leaders – Yasin Khan, president of ANP in South Waziristan and the president of Shakai Teshil, Amir Khan – were arrested as they were accused of taking out a political rally despite the already imposed section 144 in the district.  The sources said that the police have registered a case against them however; they were arrested today from their office in Wana.

On the other hand, the Awami National Party leadership has said that the police force is being used for political victimisation by the Pakistan Tehrik-e-Insaf (PTI) government to stop them from running the election campaign. The ANP local leaders were addressing a press conference in Wana press club on Thursday.

The ANP leader while addressing the press conference alleged that in Wana Bazaar, despite the imposition of section 144, some people openly exhibit weapons and even kill people but police are not taking any action. But, he said, when ANP started its election campaign, they were targeted and FIRs were registered against them.

The ANP leadership said that it is injustice with the ANP and alleged that the police force is being used against them, in the grab of section 144, to stop them from running an election campaign and mobilize the people for election. He accused the district administration and the police of targeting the rival parties and opening the road for the Pakistan Tehrik-e-Insaf (PTI) candidates in the district.

The district administration has said there are threats of sabotage activities in South Waziristan and imposed section 144 to avoid any untoward situation.