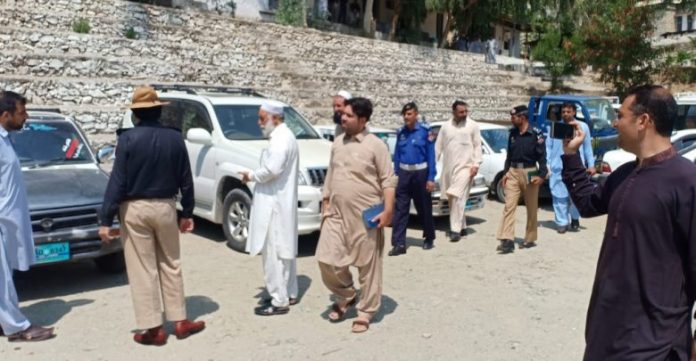 According to the DPO, the actual accused involved in the theft cases will soon be in the custody of the law while the recovered vehicles will also be handed over to the actual owners soon. The DPO claimed that the crime rate in Lower Dir has decreased and that indiscriminate action against the criminal elements will continue.

RASHAKAI: Heavy stones fell on a labourer in a marble factory in Rashkai Industrial Estate. The victim was identified as Akhtar Zeb, a resident of Battagram, who slaughtered between two large rocks of marble mountain due to which he died on the spot.

Rescue 1122 Medical team shifted the dead body to Mardan Medical Complex after it was removed with the help of heavy machinery.

CHARSADDA: Unidentified men tortured a medical store owner in Farooq Azam Chowk on Friday. After torture, they tried to kidnap him but, citizens gathered on the crime spot and failed their attempt to kidnap the owner of a medical store in injured conditions.

Local sources said that 5 persons entered the store and tortured the store owner. The sources have informed the after the torture, the unknown persons decided to kidnap him, however, a large number of people gathered due to which they left him in injured condition. The Injured person was rushed to the hospital in critical condition.

Police said the motive behind torturing the store owner is not yet known. Police said that a case has been registered a further investigation underway.