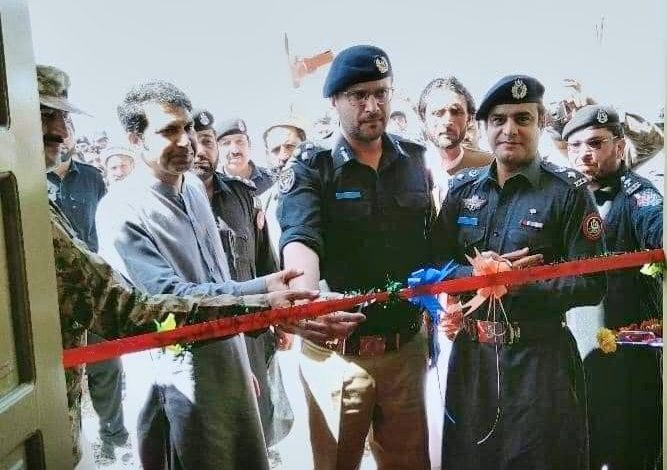 BARA: A police station building was inaugurated in the remote Tirah Maidan area of Khyber tribal district on Thursday.

During the visit, the CCPO Peshawar checked the police station’s record, staff and building. He said the establishment of a police station in the remote area of Khyber tribal district is the outcome of sacrifices of the security forces and local people.

DPO Dr Muhammad Iqbal directed the policemen to facilitate the complainants and create a friendly environment for them to build their trust on police. He said the people of Tirah Maidan are peace-loving and resolution of some disputes according to local culture and traditions will be encouraged. He said no one is above the law in the new system and everyone will be treated equally.

The district police chief said the former Levies and Khassadar personnel and local people offered countless sacrifices for peace in the country. He said the Khyber district police is performing brilliantly despite resource constraints. He said the training of former Levies and Khassadar personnel has also been initiated keeping in view the modern-day requirements.

Dr Iqbal said the former Levies and Khassadar personnel will be trained on modern lines to bring them on par with other trained forces of the country and increase their professional capacity. He said he is confident that the people of Khyber district will fully support the police in maintaining law and order in the area.