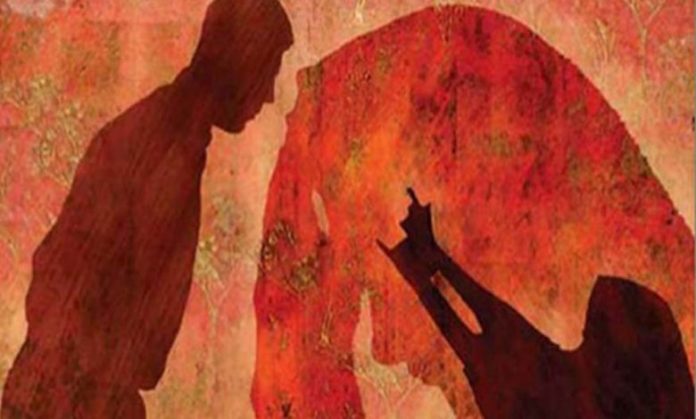 In a new twist to the murders of two real sisters in Charsadda district on Monday, Parang police investigators believe that the women were murdered for refusing to beg.

On the other hand, husband of the one of the slain woman claimed that her nephew murdered her on some domestic dispute.

However, police officials said that two accused Bacha Khan and Kashif entered the house and opened fire on the women. Both the sisters died at the spot.

Police said that they have registered FIR against the accused and search operation was underway against them.

However, police officials claimed that the slain women were aunts of the both the accused. They said that accused were forcing the women to beg and murdered them for refusing to engage in begging.

On the other hand, Wisal Khan, husband of one of the slain women said that his wife and her sisters, aging around 56 to 60 years, have been murdered by their nephew. “Some domestic issues led to their murder,” he said.

Mr Khan said that sister-in-law was also living with them. However, he denied that both women were engaged in begging.

Local police on the other hand has said that both the women were murdered for refusing to beg.

Earlier in November last year, Peshawar district administration has launched a campaign against the baggers in the provincial capital; however, the campaign met failure. The baggers could still be seen roaming the city’s streets in broad day light.

An Intelligence Bureau (IB) report submitted to the Peshawar district administration had claimed that some of the beggars manage to earn as much as officers in BS-21 posts a month.

The report also said that there were 17 contractors of the beggars also operating the provincial capital. It said that these organized begging gangs of hired women and children vagrants. Besides, these gangs have also distributed the city and beggars from gangs cannot go to other gang areas. Besides these gangs do not allow individual beggars into their areas/

The report said that contractors usually have long arms and do not allow gang members to leave the gang.

It said that some of these gangs are operated by women. However, most of them are gypsies who live in makeshift camps.

Khurshid Bano, founder of the Hawwa Lur, a non-profit, working for the rights of women and transgender said that cases of violence against women were on the rise in KP.

Ms Bano said that in many cases, the murders walk away scot-free while in many instances the families patch up, thus the murders left off the hook easily.

She said that pandemic and rampant poverty was forcing women and children into begging and other crimes. Regarding the increase in women murders, Ms Bano said that relevant laws were not being implemented.

Public on the other hand, has neither the understanding nor the resources to seek justice through legal system, she said.

Ms Bano said that besides implementation of women protection laws, it was necessary to spread awareness and change men thinking towards the women.