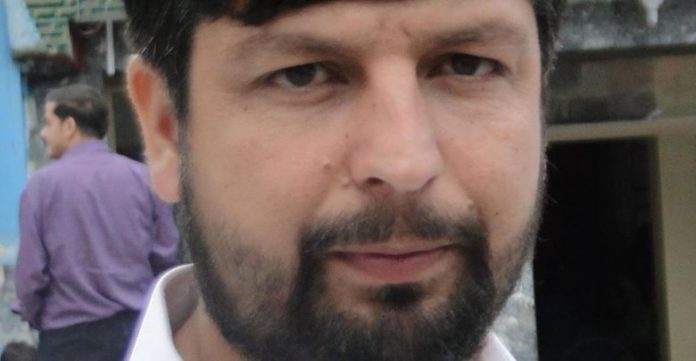 Shamim Shahid has demanded the Khyber Pakhtunkhwa government to take action against the police officials involved in torture of the Bara-based journalist.

The PFUJ senior vice-president said it is unfortunate that there is complete lawlessness in merged tribal districts due to failure of the government to properly extend the provincial institutions to erstwhile Fata. He alleged that the common people of merged districts are being treated like a slaves. He said the journalists who are highlighting problems of people and inefficiencies of officials in merged districts are facing highhandedness of the law enforcing agencies.

Shamim Shahid demanded Chief Minister Mehmood Khan and Inspector General Police Sanaullah Abbasi to take notice of the incident which took place in Bara. He said the journalist community of the country will join the protest initiated by the journalists of Bara if the government did not take action over the incident.

TNN correspondent Shah Nawaz Afridi, who was performing his journalistic duties in Bara on Wednesday, was allegedly manhandled and tortured by policemen. The policemen also allegedly tried to snatch mobile phone of the journalist. The journalists from Bara have strongly condemned the incident and demanded action against policemen involved in the incident.

The sit-in of Qabailistan Tahaffuz Movement against arrest of its central present Abu Sufian and Fata-KP merger in Bara Bazaar continues for the last five days.

A large number are participating in the sit-in who are demanding release of Abu Sufian and chanting slogans against the Fata-KP merger. The Movement general secretary Sardar Asghar Afridi said Abu Sufian was arrested last month from Karachi and he has not been produced in any court. He said the sit-in will continue till his release.

Sardar Asghar said merger was forcibly imposed on the people of tribal districts. He said the people of merged districts must be freed from forced merger. He said the tribal people must not be entangled in the police, patwar, courts and tax system and they must be allowed to live according to their own culture and traditions.