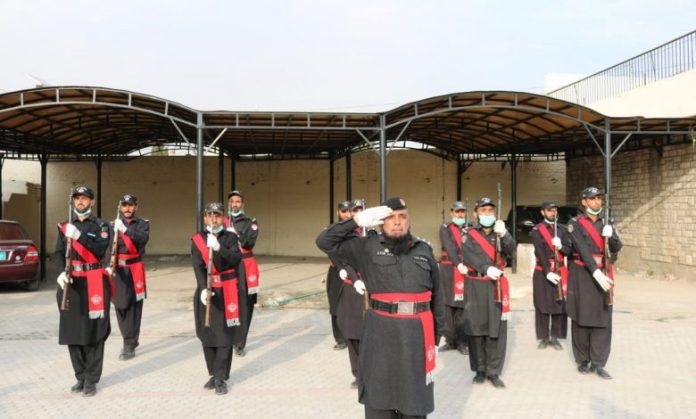 JAMRUD: Khyber Pakhtunkhwa Inspector General Police (IGP) Sanaullah Abbasi has said the process of promotions in police in merged tribal districts will begin soon and they will get all facilities like police of other districts.

The KP police chief said this during a visit to Jamrud and Landikotal in Khyber tribal district on Wednesday. District Police Officer (DPO) Dr Muhammad Iqbal welcomed the police chief. The IGP laid floral wreath at the monument of the martyrs of police in Jamrud tehsil. Capital City Police Officer Muhammad Ali Gandapur was also present on the occasion. For the first time, a contingent of Khyber district police presented guard of honour for the police chief.

Sanaullah Abbasi said while addressing the Police Darbar that more police stations will be established in tribal districts. He said the former Khassadar Force personnel will be given modern police training. He said vehicles and weapons will also be provided to the police of merged districts according to their needs.

The police chief said the policemen of merged districts are also entitled to benefit from the Police Welfare Fund. During the Darbar, the policemen informed the IGP about their problems. Sanaullah Abbasi said the basic purpose of his visit to Khyber district was to get first-hand information about problems of police.

The police chief held meetings with police and security forces to discuss security situation. He hailed the Pakistan Army and law enforcing agencies for their countless sacrifices for peace in the region. The police chief said 90 percent process of integration of Khassadars and Levies in KP Police has been completed and the process would be fully completed by next week.