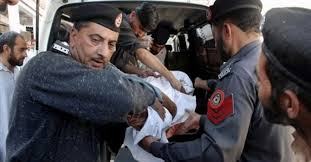 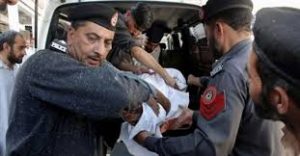 The police say Constable Muhammad Ramzan was on way back from Zafarabad area to his home on a motorcycle when the gunmen opened fire on him in Majidabad area.

Mr Muhammad Ramzan died on the spot while the accused escaped the scene.