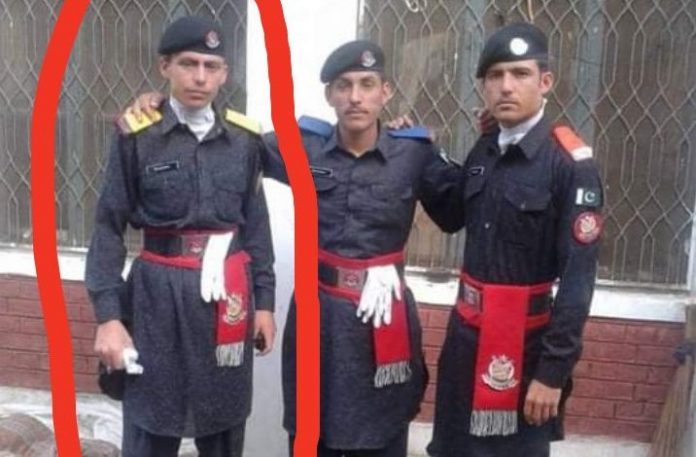 GHALLANAI: A police personnel in Mohmand tribal district died in fighting with other colleague on Friday, local sources said.

Station House Officer (SHO) of Upper Ghallanai Police Station Sardar Hussain shared details of the incident and said that policemen deployed at Gul Rehman police post in Safi tehsil fought between themselves after a heated argument. A policeman, Rahimullah opened fire due to which his colleague Munsif Khan sustained serious injuries.

The injured personnel was immediately shifted to Ghallanai Hospital, but he could not survive. Police said the accused has been arrested, weapon used in the crime has been recovered and further investigation is underway.

Police said the cause behind the fight will be ascertained after investigation. Sources said both the policemen were going for a task when they indulged into argument over a petty issue. One of the cops took out a gun and killed his colleague.

The sources said the slain policeman married one year ago and he is survived by a widow and a son.

Two sisters in Nowshera, who went missing two days ago, have been recovered safe and sound.

A local person, Habib Shah filed a report with police that his two daughters, five-year-old Areesha and six-year-old Aleesha, have gone missing. Police high-ups took notice of the matter and formed a team for searching the missing girls. The police team also took the help of local elders for search of the missing sisters.

Sources said all the police posts were informed about the incident and advertisements were also given in print and social media. CCTV footages of important places were also obtained and policemen in plain clothes also conducted raids at different places. Police finally got success and recovered the two sisters from Khairabad area safe and sound.

Two accused abductors, Jan Pari and her son Salman, have been arrested. The accused live in Rawalpindi, but they had already left their houses before arrival of police raid teams. In a shocking revelation, it was stated that the main accused is an aunt of the father of the abducted girls. The sources said the accused woman confessed to her act and she took this extreme step to teach the girls’ father a lesson over family disputes. She also accused the father of the girls for using them for begging.