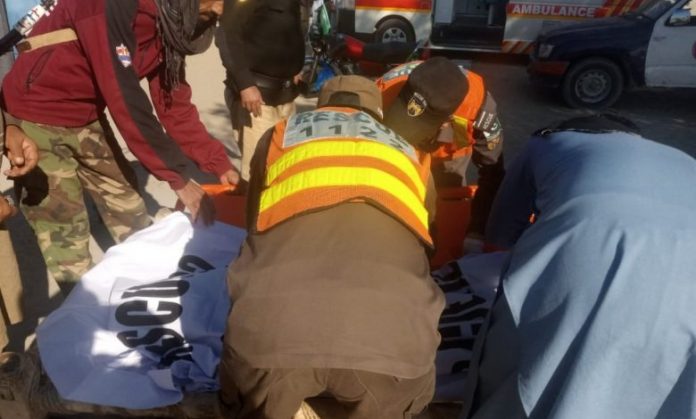 KARAK: A policeman performing security duty for polio vaccination team was shot dead in Latambar area of Karak on Tuesday.

Local sources said the polio team came under attack in Karak in which a policeman lost his life. The vaccination campaign was temporarily suspended in the area after the incident. The slain policeman was identified as Junaid.

A large number of policemen immediately reached the incident spot and launched a search operation in the entire area.

The district police chief said an investigation is being launched to know whether the incident was outcome of some personal enmity or it was a planned attack on polio security team. He said the vaccination team members remained unhurt in the incident.

The attack happened on second day of the five-day country-wide vaccination campaign which kicked off on Monday.

Currently, Pakistan and Afghanistan are the only two countries in the world which have not fully eradicated polio. The main causes behind the emergence of so many polio cases is refusal of parents to cooperate with the vaccination teams and threat of attacks by extremists. Although such attacks have reduced considerably, but still the threat of attack persists which is considered a major stumbling block.

The people of Mallagori area of Khyber tribal district have announced boycott of polio vaccination campaign in protest against the alleged wrong policies of Chip Training Consultancy.

The local elders from Azizabad, Mian Morcha, said while talking to TNN that Chip Training Consultancy, which administers vaccination to children in the area, has not made selections on merit and ignored the local educated and talented youth. They said they made several complaints, but there was no response, after which they decided to boycott the vaccination campaign as a last resort.

The elders clarified that they are not against vaccination, but they had to boycott the campaign in a hope that someone would hopefully take notice of their grievances. They said the vaccination boycott would continue till the local educated youth get jobs on merit.

Earlier, the people of Dars Jumat area of the remote Tirah valley had announced boycott of the polio vaccination campaign.