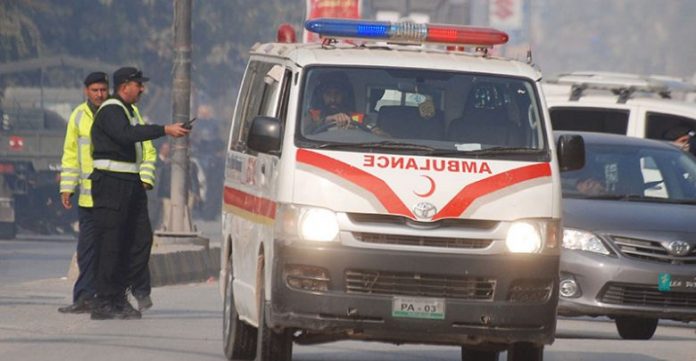 KOHAT: A policeman providing security to polio vaccination team during the ongoing campaign was shot dead in an attack in Dahal Behzadi area in Kohat on Sunday.

District Police Officer (DPO) Sohail Khalid said two polio vaccination workers remained safe in the attack. Police teams reached the incident site immediately and launched a search operation in the adjourning areas. Police said they were investigating the incident from all angles. They said the possibility of personal enmity is also being probed.

The body of the martyred policeman was handed over to family after legal formalities at hospital.

KP Chief Minister Mahmood Khan condemned the attack and offered condolences to the bereaved family. He directed police to take the necessary steps for the immediate arrest of those involved in the crime.

Polio vaccination campaign is continuing in Khyber Pakhtunkhwa during which at least 40 million children under five years of age will be administered vaccination drops along with a dose of Vitamin-A capsule. More than 290,000 health workers are participating in the campaign to inoculate children.

In June, two policemen providing security to a polio vaccination team were killed in a gun attack in Rustam tehsil of Mardan.

The policemen were returning from security duty with a vaccination team when they were attacked by unidentified armed men who came on a motorcycle. One policeman died on the spot, while other succumbed to injuries in hospital. The deceased policemen were identified as Syed Ali Raza and Shakir.

In January, a policeman performing security duty for polio vaccination team was shot dead in Latambar area of Karak.