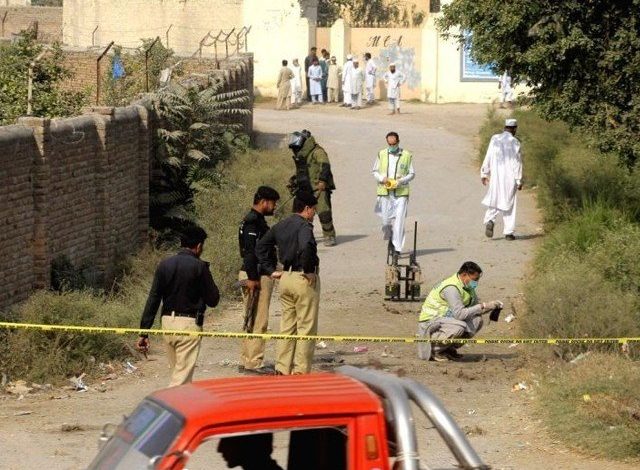 PESHAWAR: A policeman deployed on security of a polio vaccination team was shot dead in Dera Ismail Khan on Sunday, police said.

Police constable Ikramullah was deployed on security of a polio vaccination team and he was going home after his duty when he was shot dead by unknown armed men in the limits of Cantt Police Station. The two assailants came on a motorcycle and escaped after committing the crime.

The assailants also took away motorcycle and Kalashnikov rifle of the martyred policeman. Police cordoned off the entire area and launched a search operation for arrest of the culprits.

The attack came on the day when the entire world was observing World Polio Day. A polio vaccination campaign is underway in 13 districts of Khyber Pakhtunkhwa since October 21.

In June, two policemen providing security to a polio vaccination team were killed in a gun attack in Rustam tehsil of Mardan.

The policemen were returning from security duty with a vaccination team when they were attacked by unidentified armed men who came on a motorcycle. One policeman died on the spot, while other succumbed to injuries in hospital. The deceased policemen were identified as Syed Ali Raza and Shakir. A heavy contingent of police reached the incident site, cordoned off the entire area launched a search operation.

In January, a policeman performing security duty for polio vaccination team was shot dead in Latambar area of Karak.

In Pakistan, polio cases have reduced significantly, but still threat from militants pose a threat and this is proving to be a stumbling block.